Croatia are coming back to the EHF EURO after a surprising bronze medal two years ago. The ‘Queens of Shock’ did the almost impossible and ended their 11th European Championship with the first medal for women's handball in Croatia. So, what to expect in 2022?

Head coach Nenad Sostaric now has a somewhat changed team due to injuries and has realistic goals for the EHF EURO 2022 with a dream of repeating the success. Even if the bronze medal would be a one-off, Croatia are on the rise again in women's handball.

Croatia's main concerns are injuries that have put a few important players in doubt. The biggest absence will be one of the team's top scorers from the EHF EURO 2020, Camila Micijevic. After her third ACL injury, she will miss out on the competition. Her absence will definitely be visible in Croatia's style of play as the sharpshooter has been unstoppable in crucial moments.

However, Sostaric with his expertise will adjust Croatia to it. Larissa Kalaus is already a well-known player with a good level and a fighting spirit. Dejana Milosavljevic is an important part of Croatia's attack, but she is still doubtful because of a hand injury.

Nenad Sostaric's biggest problem might be the attack and its easy flow of play, but the experienced squad will give their best on the court to keep up with strong opponents.

- Can they become the ‘Queens of Shock’ again?

Croatia had been an underachiever in the past decade, failing to qualify for the main round since 2010, and two times finishing last. EHF EURO 2020 changed everything as Nenad Sostaric and his team went without expectations and returned home as heroes. They only lost to powerhouses France and Norway, and were crowned with bronze defeating Denmark 25:19. The result boosted the confidence as they managed to qualify for the World Championship 2021 in Spain for the first time after 10 years.

The team will play in Ljubljana against titleholders Norway, Hungary, and Switzerland. Apart from Norway, who are the clear favourites of the group, Croatia will put their hope in beating the other two opponents. Progressing to the main round would be already a great success for Croatia. Even though the expectations are high after the bronze medal, head coach Sostaric has set realistic goals

“We are happy that we play in Ljubljana. It's very close to Croatia and I hope that we will have good support from the stands. It would help the girls against tough opponents. Norway are the clear favourites, Hungary are a good team with the new head coach but we can fight with them. Switzerland are in a way the weakest team in the group, but we should not underestimate them,” Sostaric says. 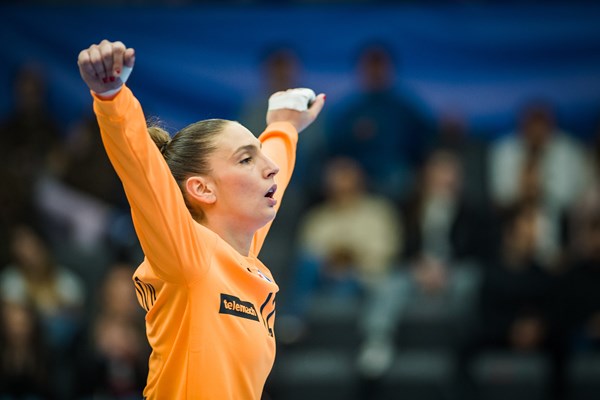 Getting to the main round would be the first step in making another surprise. A strong defence will be one of Croatia’s key elements. The eccentric style of goalkeeping by Tea Pijevic is now boosted with Ivana Kapitanovic who is back at the EHF EURO.

“The most important thing for my team is to be physically and mentally ready for the competition. Tactics are something we can always work on, but these two things are the most important ones,” Sostaric adds.

- How did Croatia qualify for the tournament?

Croatia qualified as the second-ranked team in group 4, alongside dominant France. Even though they had a rocky start to the qualification campaign, losing to Ukraine 23:22 on their home court, they quickly bounced back and won in crucial matches against Czech Republic and Ukraine. Croatia lost both qualification matches against France, but in the 21:19 defeat, the team showed desire and strength to keep up with the best.

The heart of the team: Ana Debelic

Ana Deblic is one of the players with a constant smile on her face. The 29-year-old line player has had a career going in the upward direction and has become one of the most important elements in Croatia's play. The EHF EURO 2020 All-star member and best Croatian handball player in 2021 won the EHF Champions League title with her club Vipers Kristiansand, but always remains humble and kind. As a good atmosphere and having fun are Croatia's signature, Debelic is one of the players contributing to it.

Team captain Katarina Jezic is the most experienced player in the squad. The 30-year-old line player had her national team debut at major tournaments in 2011, playing the World Championship. This will be her fifth EHF EURO and with 95 caps and 200 international goals, Jezic will contribute to the team by scoring, her defensive and leadership skills.

What the numbers say?

55 – the opening match against eight-time European champions, Norway, will mark Croatia's 55th EHF EURO match. In their 11 appearances at the tournament, Croatia won 25 of their 55 games, a winning percentage of 46.3.

Croatia play against Norway, Hungary, and Switzerland in preliminary round group A in Ljubljana. Tickets are available HERE.

Next Article Tickets launched for EHF EURO 2024 matches in Munich

Statement on the organisation of Women's EHF EURO 2024

Following statements in Hungarian media related to the organisation of Women's EHF EURO 2024, the EHF issues the following response

TEAM PRESENTATION #4: Great Britain. A young and talented squad should get the team to the next phase for the first time

For Malta it is all about development

TEAM PRESENTATION #3: After getting hit hard by the pandemic, the Maltese men’s team has its re-start at the EHF EURO 2026 qualifiers in Aze…

PREVIEW: Four teams will meet this weekend as the qualification process for the Men's EHF EURO 2026 in Denmark, Norway and Sweden begins