Who plays who in the EHF FINAL4 Men?

The EHF Champions League 2020/21 started with 16 teams. Only four of them are still in the race for the title: Aalborg Håndbold, Barça, HBC Nantes and Paris Saint-Germain Handball.

These four semi-finalists, who will be competing at the EHF FINAL4 2021 on 12/13 June in Cologne, were confirmed in the decisive quarter-final matches this week.

Draw on Tuesday will determine the semi-final pairings

The EHF FINAL4 2021 draw will determine who will face who in the semi-finals. The draw will take place in the Sportradar studios in Vienna, Austria on Tuesday 25 May at 11:00 CEST.

The draw will be streamed live on EHFTV, the EHF Champions League Facebook page and Home of Handball YouTube channel, with possible geo-blocking restrictions.

No less than 25 TV stations across and outside Europe are broadcasting the draw. The draw will also be covered with live tweets on the official Twitter channel, @ehfcl. 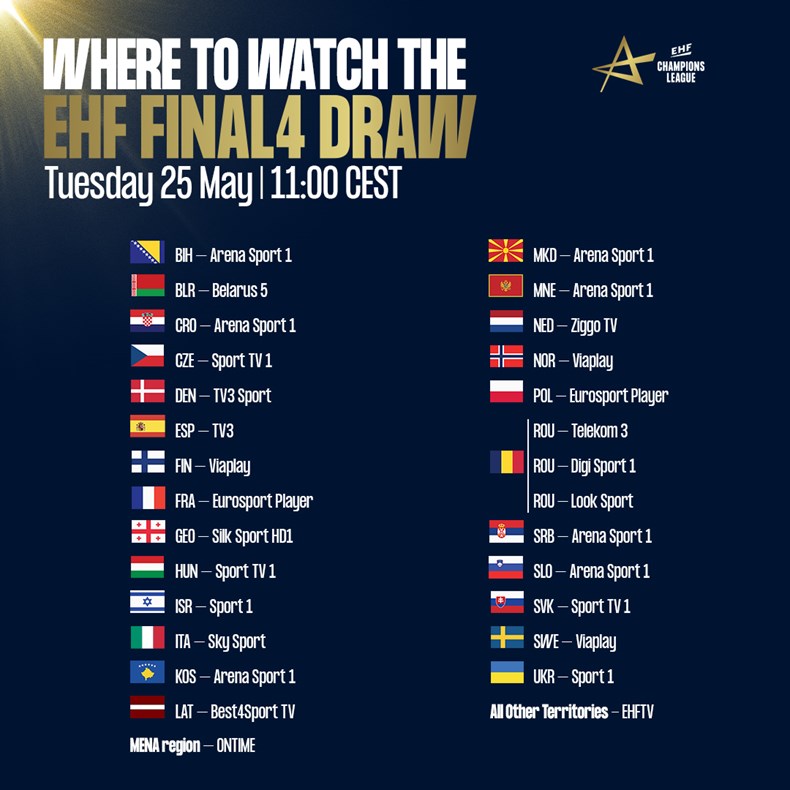 With just three weeks to go until the EHF FINAL4 in Cologne, the four participants were confirmed with the completion of the quarter-finals this week.

We have a fascinating mix with Aalborg Håndbold making their debut, HBC Nantes returning for the second time after reaching the final in 2018, Paris Saint-Germain making the short trip to Cologne for the fifth time and Barça qualifying for the ninth event out of a possible 12.

Three of the quarter-finals went down to the wire, with PSG overturning a first-leg deficit against Kiel, while Aalborg and Nantes did enough to fend off comeback attempts by Flensburg and Veszprém. Only Barça won both of their legs and qualified with ease in the end against Brest.

Next Article What did we learn from the EHF Finals?