Expectation builds on the eve of EHF Finals 2021

When you have only virtual media calls, then you do not have to care that all teams are at the same place the day before a major event. While SC Magdeburg gave their interviews on Friday at noon right before they left their hometown for Mannheim, their semi-final opponents Orlen Wisla Plock had already checked in at the team hotel on Thursday.

Host Rhein-Neckar Löwen came to us live from their training ground in Kronau, while their semi-opponent Füchse Berlin just had arrived by high-speed train from the German capital to Mannheim later in the afternoon. They all aim for a new trophy in a new competition: the last four matches of the European League Men at the EHF Finals 2021 in Mannheim on Saturday and Sunday. 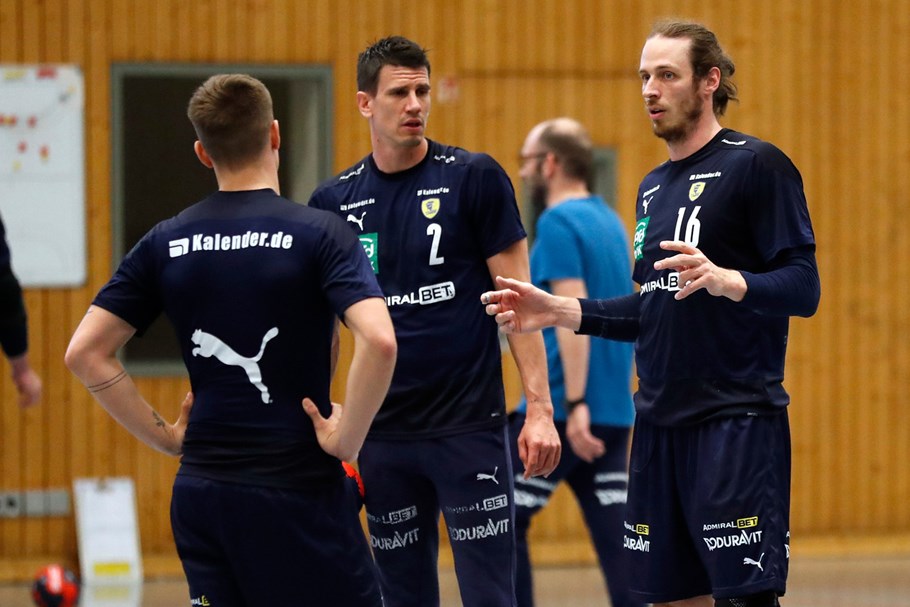 All four sides are extremely happy to have made it to the EHF Finals - from all perspectives. “Our whole city is so proud of what we did, many fans came to the departure of our bus in Plock, and all crossed their fingers for us. This was amazing support,” said Plock’s Polish wing Michal Daszek.

The Polish side have their debut at a final EHF tournament, while their semi-final opponent Magdeburg have won four trophies already in the EHF Champions League (2002) and the EHF Cup (1999, 2001, 2007). “All the players, who are supposed to play, are fit, and we are eager to play in this great SAP Arena - unfortunately without fans,” Magdeburg’s coach Bennet Wiegert said, adding: “Plock are a strong Polish team with a Spanish style of playing.”

Piotr Chrapkowski, the only Polish SCM player, came into focus: “Of course, I will talk to my national teammates before and after the match, but for 60 minutes we are opponents.” Chrapkowski won the Champions League in 2016 with Kielce - and therefore knows, how final tournaments work: “You have two tough matches in 24 hours - a tournament like this is such an outstanding experience for all players.”

Plock coach Xavi Sabate and some of his teammates had experienced final tournaments already in Cologne - and so he knows how to prepare his team for the event in Mannheim, and he doesn’t agree that it is only a Spanish style that his team plays: “We count on the quality of all our players, this is our strength. And we come to Germany to play and fight, to try to win against three German teams. As the only team not from Germany.” 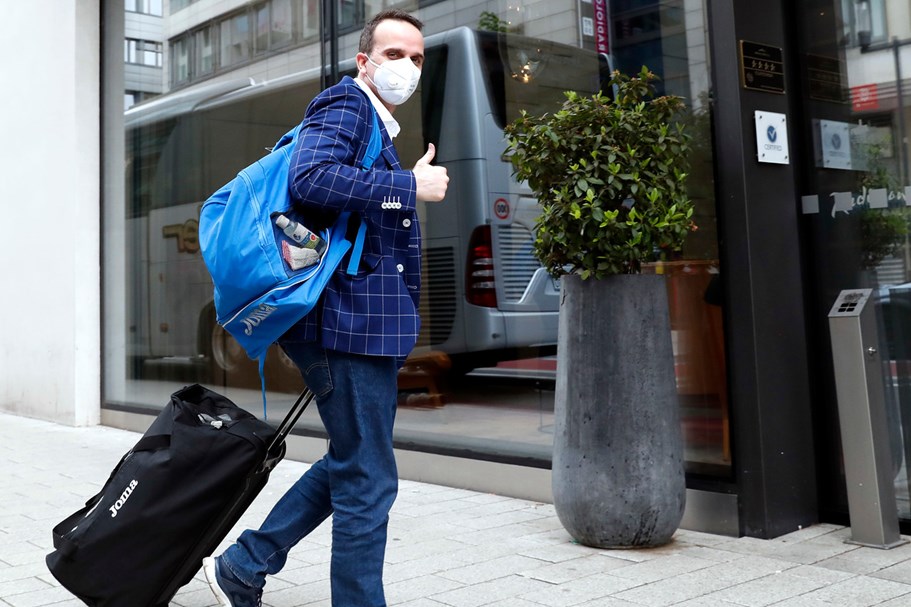 Plock player Zoltan Szita is the last remaining male Hungarian in the EHF club competitions after Veszprem were eliminated by Nantes in the Champions League yesterday: “Maybe the Hungarian fans will favour Plock now. Definitely, defence will be the key against Magdeburg, and I hope, we are well-prepared.”

The biggest surprise in Friday's media call were caused by the hosts. First, Rhein-Neckar Löwen coach Klaus Gärner confirmed that their team captain Uwe Gensheimer will be part of the squad on Saturday in the semi-final against Bundesliga rivals Füchse Berlin, quite early after his meniscus surgery middle of April, and that Löwen signed legendary Swedish left back Kim, Ekdahl du Rietz for the EHF Finals, who is currently on holiday from his studies at Hongkong.

And besides that, in terms of players, the home advantage shall go to Löwen who host their second-ever European trophy after winning the EHF Cup in Nantes in 2013. One player, who was part of this 2013 team and even was an EHF FINAL4 player in 2011, is left wing Patrick Groetzki. “It is something special, also to play at home. It is special that this is the third time for me with the same team. I am proud that I was part of the Löwen team in the past and that I still am. If you are at the EHF Finals, you want to win it. If you get that far, you want to win. But we need to improve a lot compared to our last matches in the Bundesliga.”

On the other hand, Füchse believe they can adapt to Gensheimer and Ekdahl du Rietz: “For me, Uwe’s comeback was not that surprise, and even Kim did not know that he will play here two weeks ago,” said Füchse left back Paul Drux, who plays his fifth final tournament with Berlin (2012 in Champions League, 2014, 2015, 2017 and 2018 in EHF Cup). He hopes the series will continue: “Every three years, we win the trophy - and after 2015 and 2018 the time has come now.”

Some weeks ago, Füchse beat Löwen in the SAP Arena, so coach Jaron Siewert is quite confident: “Though we know that this competition is different to the Bundesliga, we have fit players, and all of them are really eager to play after a week without a match.”

Next Article SUMMARY: The long wait for Magdeburg is over!

NEWS: More TV stations than ever will broadcast the final tournament of Europe’s second-tier competition this weekend

NEWS: The EHF has announced the officials in charge of the EHF European League Men finals tournament in Mannheim on 22/23 May

“If you want the trophy, you must win twice”

NEWS: The four teams react to Tuesday’s semi-final draw for the EHF Finals Men 2021: Magdeburg vs Plock and Löwen vs Füchse

NEWS: Social media and broadcast figures for the season finale in the EHF European League

What did we learn from the EHF Finals?

FEATURE: Eight talking points on the inaugural tournament in Mannheim and the European League as a whole

Third trophy for Füchse or number five for Magdeburg?

PREVIEW: A new trophy, young coaches and former winners are on the stage in the first European League Final in Mannheim

Get your facts straight before the EHF Finals

FEATURE: Stats and more interesting info ahead of the EHF Finals Men this weekend

Test yourself with the EHF Finals Men quiz

QUIZ: How well do you know the four contenders for the very first EHF European League Men title?