In the past two seasons, Danish side Ikast Håndbold have been one of the most successful teams in the EHF European League Women – missing out on a place in the final in May by a single goal to eventual winners SG BBM Bietigheim.

With bags of European experience, Ikast have only one goal – to top the podium this time around.

After participating in the EHF Finals Women in the last two seasons Ikast Håndbold plays with open cards when it comes to the tournament this season.

First with fourth place in the 2020/21 season and most recently third place in 2021/22, the Danish club could almost smell the gold. This time they will not only be able to sense it on the horizon, they want to feel it, touch it and win it.

“We are a club with big history and therefore is it always important for us to do well in Europe. We believe we have the team who could win the EHF European League, like we had the chances for the last two years,” head coach Kasper Christensen says.

“Ikast Håndbold prioritise success and experiences in Europe. We have been on the European stage for many years and it’s important to do well. It’s part of the club’s DNA to reach as far as possible in European tournaments,” he adds.

We already saw her shine last season in the #ehffinals 🏆 and this year her team Ikast Handbold is already waiting for opponents in the #ehfel 🟠 group stage! pic.twitter.com/Q8BwtGIl1K

Under the spotlight: Stine Skogrand

Not only the head coach of Ikast Håndbold has big ambitions and a great hope for the season; its captain, Stine Skogrand, has a wish for the EHF European League.

“Our biggest motivation this season is to play the finals, and this year we want to come to the final, after two years as number four and three,” she says.

However, there will be no success without difficult matches, tough opponents and exciting duels. Skogrand is also aware of who the biggest challengers for the title may very well be.

“I think Paris, Nantes, Valcea and DVSC Schaeffler are good candidates to win, in addition to ourselves. We have good chances, if we can play at our best, because it is a strong tournament,” believes the Norwegian right back. 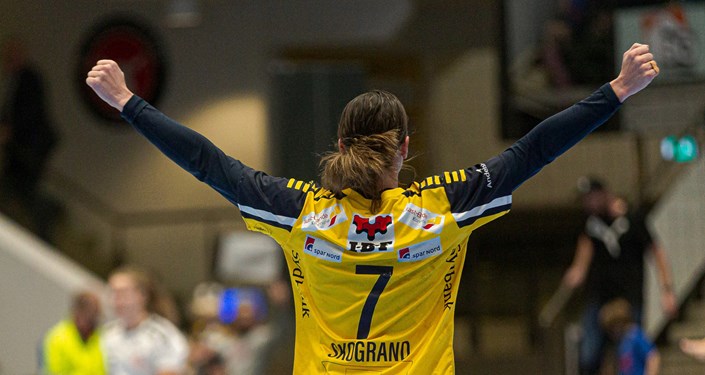 The decision came on the basis that the club wanted to get closer to the parent clubs.

It is not the first time that handball fans have had to get used to a new name in the mid-Jutland club in Denmark; in 2018 it went from being called HC Midtjylland Håndbold to Herning-Ikast Håndbold, before dropping ‘Herning’ again this year.

Next Article Arntzen: "Winning the EHF EURO is a boost for motivation"

SUMMARY: Six more EHF EL Last 16 tickets given out in round…

LIVE BLOG: We have 12 EHF European League round 7 matches coming our way on Tuesday, February 7 as the race for the tickets to the knock-ou…

FEATURE: Far from Ukraine, HC Motor players try to have a “normal” handball life, but off the court, the minds are always focused on the war

More Last 16 tickets up for grabs

ROUND PREVIEW: Göppingen, Skanderborg, Flensburg and Nexe can proceed in round 7

DAY REVIEW: Podravka and Molde without a chance of going through, Siófok extend positive streak