Following the first announcement of nominees for the EHF Champions League Men 2020/21 All-star Team, the second round of nominees is presented.

The first selection named was from the head coaches in the competition, where Hampus Wanne was the standout favourite with 11 votes. This time around, the selection of 10 nominees was chosen by the All-star Team’s title sponsor, Gorenje.

The choices from Gorenje see a nice spread of seven clubs, with seven individuals set to compete in the upcoming quarter-finals. 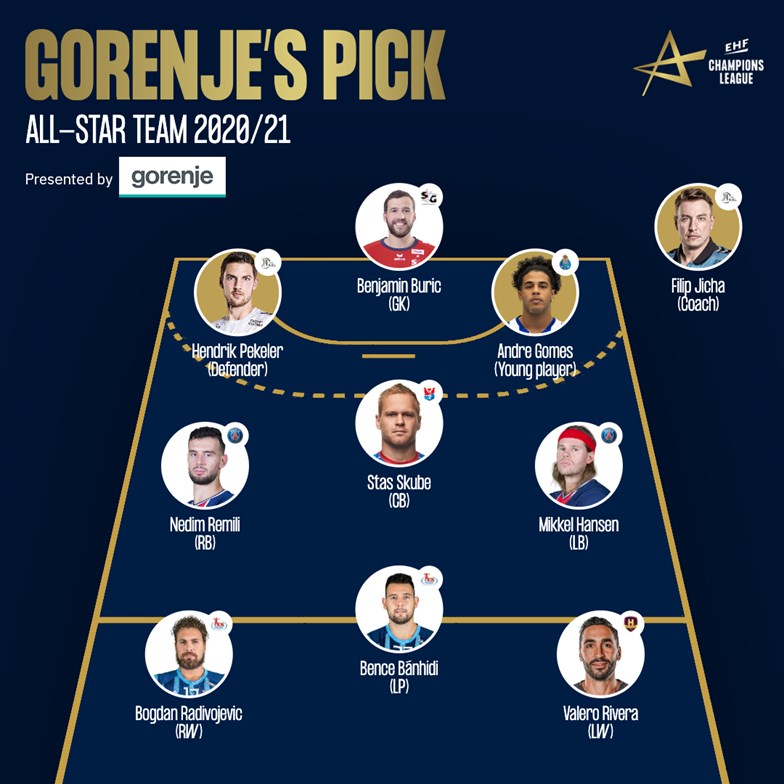 With 20 of the nominees for the All-star Team, presented by Gorenje, now known, there are still 40 to be revealed. Be sure to follow the EHF Champions League social media channels and visit us here on eurohandball.com for all the latest news and updates.

After all of the nominees are announced, fans will have a total of 60 names to choose from, with six nominees in each position.

Voting will be launched soon here on eurohandball.com and the All-star Team will be announced immediately prior to the start of the EHF FINAL4.

Enjoy the best of Cologne with widespread digital coverage

NEWS: An extensive guide on how to make the most of your EHF FINAL4 weekend from home

Barça’s streak put to the test by Nantes

SEMI-FINAL PREVIEW: The Spanish champions face a tricky opponent on the way to the EHF Champions League final