Third trophy for Füchse or number five for Magdeburg?

Handball history is in the making on Sunday when the inaugural winner of the European League Men will be decided at the EHF Finals 2021 in SAP Arena, Mannheim. The first trophy for the new competition will be either handed over to Füchse Berlin or SC Magdeburg. The final day will get started with the 3-4 placement match between hosts Rhein-Neckar Löwen and the only non-German team, Polish side Orlen Wisla Plock.

Since the EHF Cup was merged in 2012, it is the fourth all-German final - and Füchse Belrin were part of all of them: In 2015, they beat Hamburg in Berlin, in 2017 and 2019 they lost against the hosts, first Göppingen, then Kiel.

Magdeburg extended their run to eleven straight victories, including all knock-out matches, and have won 13 of their 14 matches in the European League season 2020/21.

Füchse have won 12 of their 16 matches in the competition.

Berlin were EHF Cup winners in 2015 and 2018 - so if they win the final, they keep their three-year-rhythm. Besides those titles, Berlin were EHF Cup finalists in 2017 and 2019 – meaning they have their fourth-straight final coming up.

Both sides never faced in any international competition before, Magdeburg won both Bundesliga matches of the 2020/21 season (29:24 at home and 32:22 in Berlin).

In contrast, the overall balance between both sides in German competitions is 19 victories for Berlin, 9 for Magdeburg and 4 draws.

Magdeburg’s right back Omar Ingi Magnusson is on 87 goals after his six goals in the semi-final against Plock. If he scores ten goals in the final, he is the top scorer of the season and will overtake Emil Jacobsen (GOG), who is on 96 goals.

After his eleven goals against Füchse, Lasse Andersson is second-best Füchse scorer with 58, just below his fellow Dane Hans Lindberg (60).

Fabian Wiede and Paul Drux can win their third international trophy with Berlin - both were part of the 2015 and 2018 teams. Their teammate Hans Lindberg can win his third trophy in total, after winning the EHF Champions League with Hamburg in 2013 and the EHF Cup with Berlin in 2018.

Four players, who were part of the World Championship 2021 final in Cairo, Egypt, will clash in the final in Mannheim: Berlin’s Danish World Champions Lasse Andersson and Jacob Holm will face the Swedish silver medalists Daniel Petterson (Magdeburg) and Valter Chrintz (Berlin).

Both head coaches belong to the youngest in international handball: Füchse coach Berlin Jaron Siewert is definitely the youngest at 27, Magdeburg’s Bennet Wiegert is 38 years old. Together, both used to work for the youth teams of German Handball Federation.

Since the EHF Cup was merged in 2012, only one German coach won the trophy: Velimir Petkovic, who took on the German citizenship, he won it with Füchse Berlin in 2018. Definitely, on Sunday, the second German coach will follow.

Referees of the final are Nenad Nikolic and Dusan Stojkovic from Serbia, who already officiated the EHF Champions League final in 2012, when Kiel beat Madrid in Cologne. 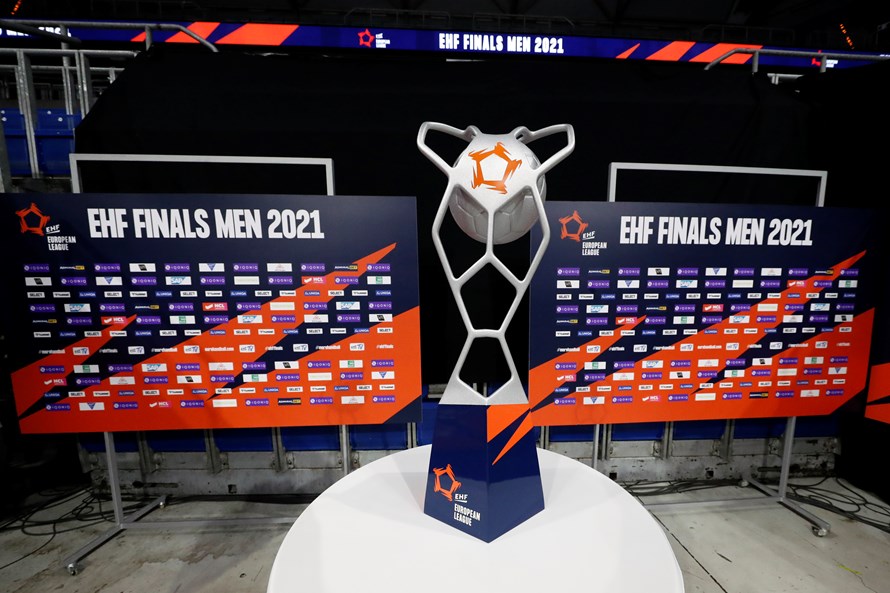 Orlen Wisla Plock vs Rhein-Neckar Löwen
Sunday 23 May at 18:00 CEST, live on EHFTV

Rhein-Neckar Löwen have won all four previous duels against Wisla Plock, in the EHF Champions League group phase 2008/09 and 2017/18.

While the Polish runners-up currently playing in their first final tournament on the European stage, it is number three for Löwen after the EHF FINAL4 in Cologne in 2011, when they finished fourth, and winning the inaugural EHF Cup Finals 2013 in Nantes.

The two top scorers of both teams are close in the rankling: Michal Daszek (Plock) is on 65 goals, Jerry Tollbring (Löwen) is on 63.

Previous Article Füchse make it to their fourth-straight final

NEWS: Social media and broadcast figures for the season finale in the EHF European League

What did we learn from the EHF Finals?

FEATURE: Eight talking points on the inaugural tournament in Mannheim and the European League as a whole

Expectation builds on the eve of EHF Finals 2021

FEATURE: One day before the EHF Finals 2021 throw off in Mannheim, the teams sat down to talk to the media

Get your facts straight before the EHF Finals

FEATURE: Stats and more interesting info ahead of the EHF Finals Men this weekend

NEWS: More TV stations than ever will broadcast the final tournament of Europe’s second-tier competition this weekend

Test yourself with the EHF Finals Men quiz

QUIZ: How well do you know the four contenders for the very first EHF European League Men title?

NEWS: The EHF has announced the officials in charge of the EHF European League Men finals tournament in Mannheim on 22/23 May

NEWS: Save these times and dates in your diary for two days of top-class handball