Six EHF Champions League Men rounds have been played so far, and we can already see which teams could aim for a ticket to the knockout stage at the end of the group phase.

While Kielce and Flensburg have started off well in group A, in group B, four teams have shone in their first games. But only one took as many points as possible: Barça.

It has been a complicated start of the season for the Ukrainian side, but they managed to give Barça and Veszprém a hard time before snatching a narrow win in Celje in round 6. They are definitely a team on the way up.

The season started reasonably well for Nantes, with a round 2 win in Kiel, but it all went downhill from there. A harsh defeat at home to Barça before an eight-goal loss in Aalborg highlighted the importance of Nantes’ injured major players.

Brest are as terrific playing at home as they are having difficulty away. Vardar, Paris and Szeged, three contenders for the final win, returned home from Belarus defeated, meaning Brest now have six points, all claimed in their arena. And they are already only two points short of their total last season.

The Portuguese side have been going through ups and downs since the beginning of the season, but are clearly playing better than they did one month ago. Their last two draws, in Skopje and against Kielce, should give them confidence before playing against Paris twice in the next weeks.

Two losses and four wins after six rounds is a total Aalborg have to be happy with. The Danish side have been one of the pleasant surprises in the first part of the group phase and, despite suffering tough losses to Kiel and in Barcelona, will be one to watch in the next rounds. 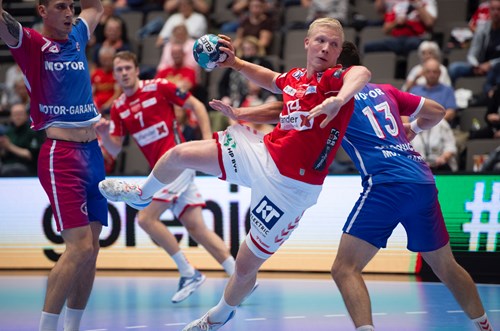 SG are used to starting their group phase with a bang. Last season they had eight points after four rounds, before stumbling and conceding six straights losses. Only time will tell if the German side can do better this time, but with eight points after five rounds, they are clear contenders for the top spots in group A.

Kiel are clearly a different team when they can count on Sander Sagosen and Niklas Landin. With their two main assets back, they grabbed a point at home against Veszprém in round 6, after destroying Aalborg one week before. Their double header against Barça in rounds 7 and 8 will be crucial for THW in the run for the top spots.

Paris may look like the ghost of the team they once were, Vardar might be struggling with a new roster, but Kielce are firing on all cylinders. After their initial loss to Flensburg, the Polish side have played five games and lost none of them. Only Porto, playing at home in round 6, managed to prevent the 2016 Champions League winners from taking the two points.

The start of the season has been an almost faultless one for Veszprém: four wins and a draw in Kiel – hard to argue with that. If the Hungarian side manage to cruise through the next four rounds, during which they will meet Aalborg twice as well as Kiel and Barça, they will not be far from the top spot at the end of the group phase.

Holding the maximum possible points after round 5 is a big achievement in the EHF Champions League. Even more so when your group includes THW Kiel, Veszprem and Aalborg. But that is what Barça have achieved so far. Haniel Langaro, Blaz Janc and Luis Frade have found their place in their new team already and it all bodes well for Barça’s future.

Previous Article Kiel and Barça to feature in spicy MOTW

Six quarter-final rivalries to look out for

FEATURE: Meetings which add a bit more spice to the business end of the EHF Champions League Men

FACTS AND FIGURES: All you need to know about the EHF Champions League quarter-finals

Who are Barça’s closest challengers?

POWER RANKING: Which teams can join the Spanish side as competition’s favourites when the EHF Champions League heads into the play-offs?

Battles to make major breakthrough in Aalborg and Brest

PLAY-OFFS PREVIEW: While some teams might are just a step away from the quarter-finals, some play-off ties remain undecided

MATCH OF THE WEEK REVIEW: A brilliant team display and a strong performance from their goalkeeper helped Nantes to a 32:28 win against Veszp…

QUARTER-FINAL REVIEW: The Danish champions beat SG Flensburg-Handewitt 26:21 after a brilliant performance from their Swedish goalkeeper

Late but deserved win for Barça in Brest

QUARTER-FINAL REVIEW: Meshkov keep up with Spanish powerhouse for 55 minutes but go down 33:29 in first quarter-final

NEWS: The first round of All-star Team nominees is announced, with two Scandinavian players for German powerhouses the top picks from the co…