While four teams and their fans eagerly await the EHF Champions League Men 2021/22 semi-final draw on Tuesday at 11:00 CEST, we take a look at the numbers and stats of Barça, Lomza Vive Kielce, Telekom Veszprém HC, and THW Kiel.

This quartet makes for the exact same line-up as for the EHF FINAL4 seven years ago. Back in 2015, Barça were crowned champions. Did you also know that all four head coaches have won the EHF Champions League in their playing career? Or that six multiple EHF Champions League winners are part of the various squads?

Here are the facts and figures on the eve of the EHF FINAL4 2022 draw:

0 teams have won the EHF FINAL4 two times in a row since its inauguration in 2010; Barça can become the first to do so in 2022.

1 goal was the smallest aggregate winning margin in the quarter-finals: Kiel vs PSG 63:62.

1 EHF FINAL4 – in 2018 – was played with neither a German nor a Spanish team; this season Kiel and Barça have qualified.

1 team only from the EHF FINAL4 2021 is returning to Cologne this year: Barça. Aalborg and PSG lost in the quarter-finals, Nantes played in the EHF European League this season.

2 teams won both their quarter-final matches: Barça (against Flensburg) and Kielce (against Montpellier).

3 of the four EHF FINAL4 participants finished in the top two of their group and skipped the play-offs: Kielce, Barça and Kiel; Veszprém came through the play-offs before beating Aalborg in the quarter-finals.

3 men have won the CL as player and as coach: Talant Dujshebaev, Roberto Parrondo, and Filip JIcha; Dujshebaev and Jicha can win again this year. 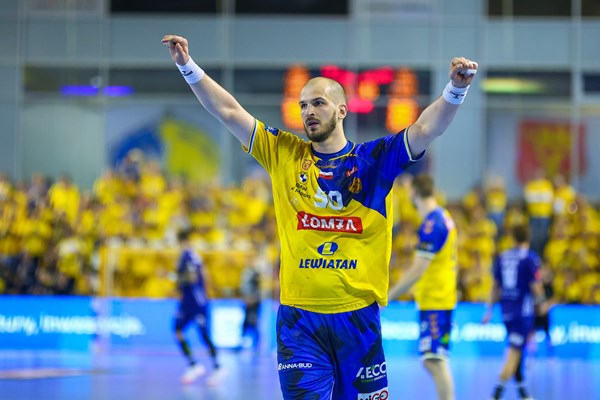 4 (all) head coaches at the EHF FINAL4 have won the CL as a player: Carlos Ortega (Barça/six times with Barça), Talant Dujshebaev (Kielce/with Santander), Momir Ilic (Veszprém/two times with Kiel), and Filip Jicha (Kiel/two times with Kiel); Ilic and Jicha won their titles as teammates in 2010 and 2012.

4 group matches had a winning margin of 10 or more goals; no play-off or quarter-final matches had such margin.

7 different clubs have won the 12 EHF FINAL4 editions so far: Barça and Kiel (3 times each), Vardar (2), Hamburg, Flensburg, Kielce, and Montpellier (1 each).

8 goals were the biggest winning margin in a quarter-final match: Kielce vs Montpellier 30:22.

10 times in 13 edition (including 2022) Barça have qualified for the EHF FINAL 4; Kiel have been part eight times, Veszprém seven, and Kielce four.

18 matches were played by Veszprém to reach the EHF FINAL4; the other three teams have played 16 matches each since they skipped the play-offs.

22 times, including the 2021/22 season, Kiel and Barcelona have played the CL quarter-finals; Veszprém played their 20th quarter-final; Kielce their fifth.

33 matches this CL season were won by the visiting team, including two in the quarter-finals: Flensburg vs Barça 29:33 and Montpellier vs Kielce 28:31.

63 matches this CL season, including five in the play-offs and five in the quarter-finals, ended with 60 or more goals scored.

74 matches this CL season were won by the home team, including four in the play-offs and five in the quarter-finals.

72 was the highest number of goals in a quarter-final match: Aalborg vs Veszprém 37:35.

90 goals make Barça’s right back Dika Mem the top scorer of the current CL season, ahead of Felix Claar (Aalborg/88 goals) and Kamil Syprzak (PSG/86 goals) – who are both out of the competition.

486 goals were scored in the eight quarter-final matches – eight more than in the play-offs. 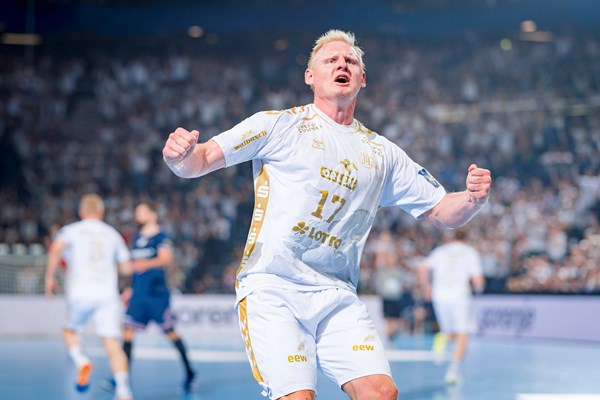 Previous Article How to follow the EHF FINAL4 Men 2022 draw

Next Article This is me: Patrick Wiencek

DRAW REVIEW: The 16 teams in the EHF Champions League Men have learned their opponents for the new season

DRAW REVIEW: The 16 teams have been divided into two groups for the start of the 2022/23 top flight in September

DRAW PREVIEW: Groups for both the men’s and women’s edition of the EHF Champions League 2022/23 will be set on Friday

DRAW PREVIEW: The 16 teams in the EHF Champions League Men 2022/23 will learn their opponents on Friday

How the women’s teams are seeded for Friday’s draw

DRAW PREVIEW: The two eight-team groups for the EHF Champions League Women 2022/23 will be drawn on Friday

NEWS: The dust has barely settled on an unforgettable season but plans for 2022/23 are already in motion

NEWS: The Macedonian club HC Vardar 1961 will not participate in any European club handball competition according to a decision of the EHF E…