On Wednesday evening, Aalborg Håndbold made themselves and another Scandinavian team happy in the EHF Champions League Men group phase.

By beating HC PPD Zagreb 31:25, Aalborg Håndbold have not only finished on top of group A, but also confirmed Elverum Handball's place in the play-offs before the Norwegian side face HC Vardar 1961 later.

As Zagreb remain on eight points and have lost the direct encounter against Elverum (equal on eight points), the last ticket for the play-offs goes to Norway, regardless of Elverum's result against Vardar. Thanks to their 11th victory in 14 group matches, Aalborg passed THW Kiel (21 points) in the standings.

Even in the previous season, when they finally made it to the EHF Champions League final against Barça, Aalborg were not as successful as they have been in the current group phase.

One year ago, the Danish champions had finished fourth, with seven victories and seven defeats, but this time they gained 11 victories and 22 points.

For the first time ever, Aalborg have made it straight to the quarter-finals and will skip the first knockout stage. They will face the winners of the play-off tie between HC Vardar 1961 and Telekom Veszprém HC – after eliminating FC Porto and SG Flensburg-Handewitt on their way to Cologne in 2021. 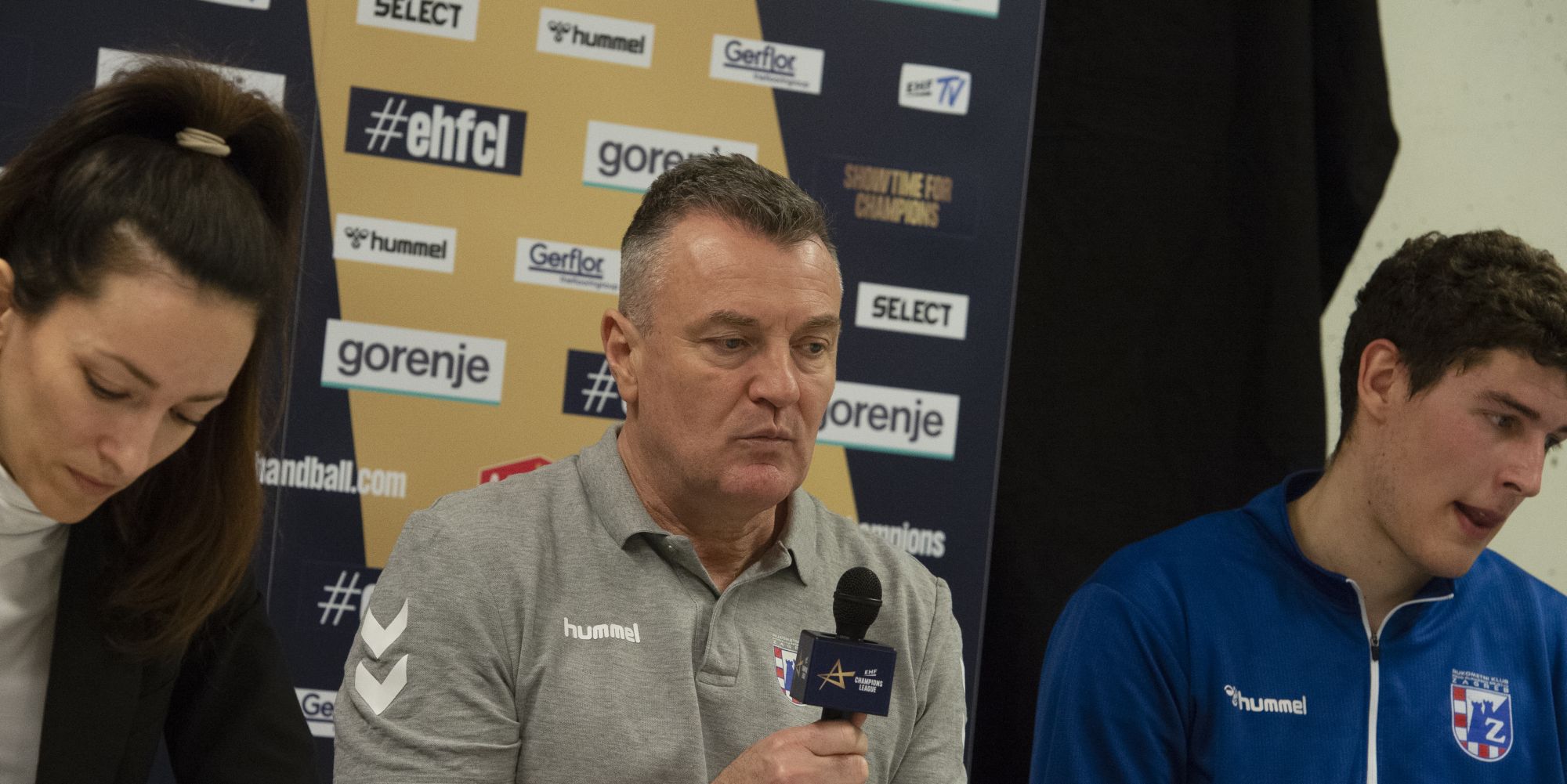 Congrats to the Aalborg team on their deserved win, and I wish them good luck further in the competition. It was a really though assignment without four key players.
Ivica Obrvan
Coach, HC PPD Zagreb 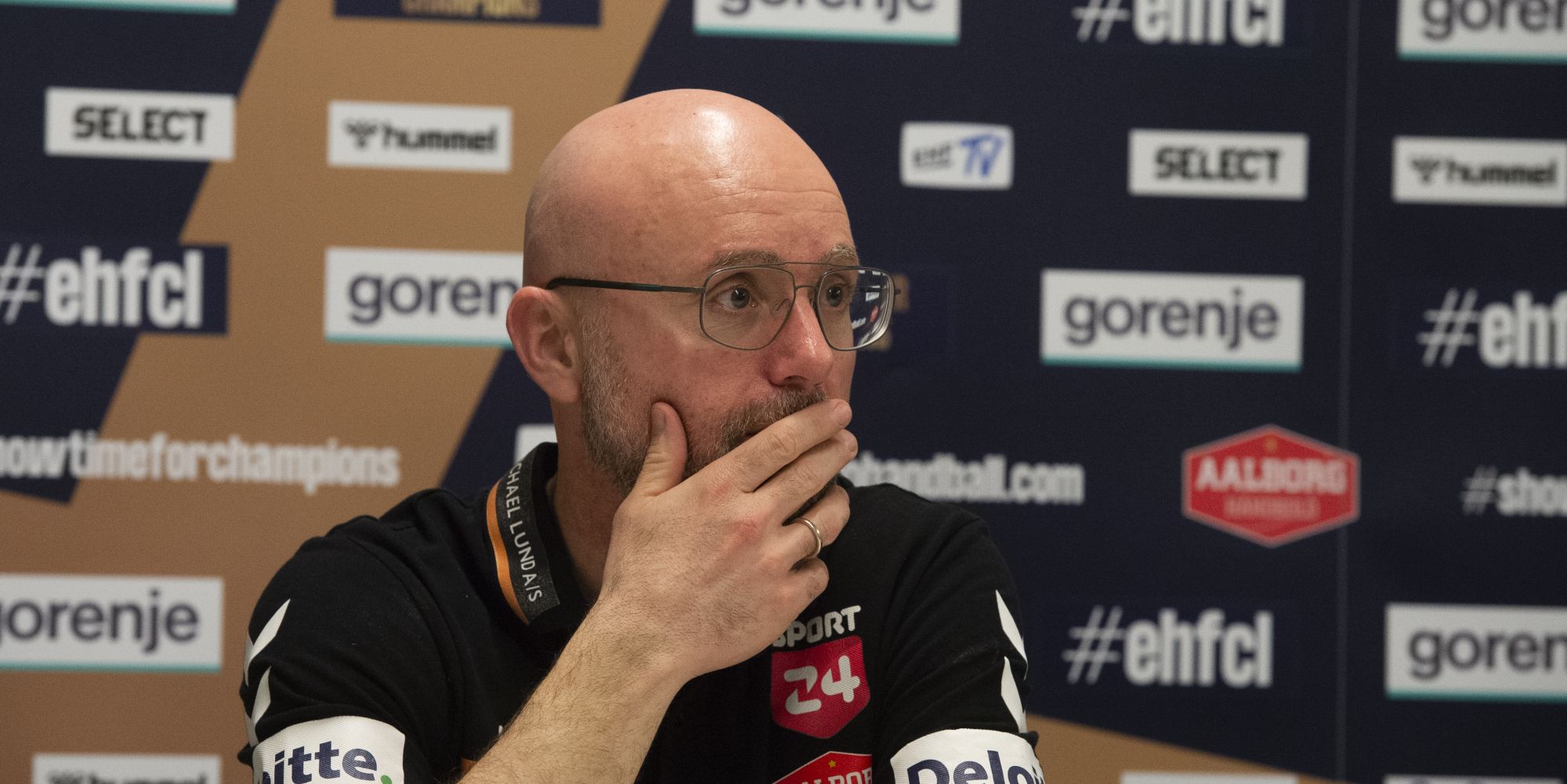 Thank you for the match. It is always a pleasure to have Zagreb here. We are very very proud of not only the victory today, but that we managed to get to score 22 points in the group and end as number one. It is a historic moment for Danish handball.
Stefan Madsen
Coach, Aalborg Håndbold

Next Article Kielce reach quarter-finals after cruising past Dinamo

LIVE BLOG: Running coverage of the eight matches in round 8 of the Machineseeker EHF Champions League 2022/23 group phase

SUMMARY: The Machineseeker EHF Champions League has returned with three matches on Wednesday and five on Thursday

Zagreb give Veszprém their first loss of the season

GROUP A REVIEW: With an impressive performance from goalkeeper Dino Slavic, Zagreb inflicted Veszprém’s first defeat of the season

On Victor’s night, Barça are victorious

MATCH OF THE WEEK REVIEW: Late comeback provides the group leaders with a close victory against THW Kiel

GROUP A REVIEW: After beating GOG last week at home, Paris Saint-Germain did it again to get past Veszprém in the rankings

GROUP B REVIEW: No points for Elverum despite an outstanding performance against the 2022 Champions League finalists

Szeged profit from strong first half

GROUP B REVIEW: A 36:28 away win at Celje is the third victory in the last four matches for the Hungarian champions

Cavalcanti: “Nantes have the quality to beat the best teams”

FEATURE: The Portuguese international and his French club meet Aalborg Thursday in a repeat of last week’s MOTW

How efficient Kiel's seven against six really is

Classic rivals clash again in star-studded Match of the Week

ROUND PREVIEW: Barça face Kiel in a repeat of last week’s draw, while the PSG and Kielce hope to claim top spot in their groups