Tuesday's draw will consist of two pots of 12 teams, and the seeding list for the EHF European League Men has determined the pots for this draw. 12 other teams, including reigning champions SL Benfica and former EHF Cup winners Füchse Berlin, had their places in the group phase confirmed in July.

The playing dates for qualification round 2 are Tuesday 27 September (first leg) and Tuesday 4 October (second leg).

Fans can watch a live stream of the draw on the Home Of Handball Facebook page or via the YouTube channel. 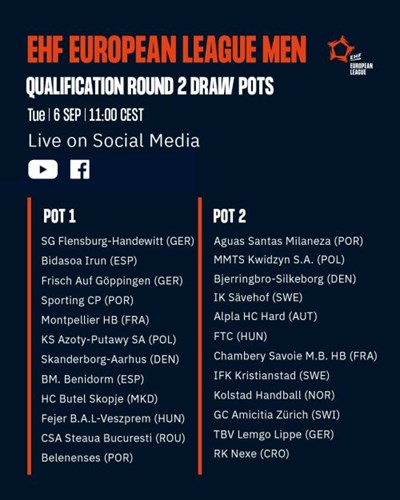