The anniversary 30th season of the EHF Champions League Women is ready for throw-off. The 16 participants in the upcoming campaign have been divided over two groups during the 2022/23 group phase draw in Vienna on Friday.

Titleholders Vipers Kristiansand will avoid another duel with last season's final opponents Györi Audi ETO KC in the group phase of the 2022/23 season. Both heavyweights have been drawn into a different group. 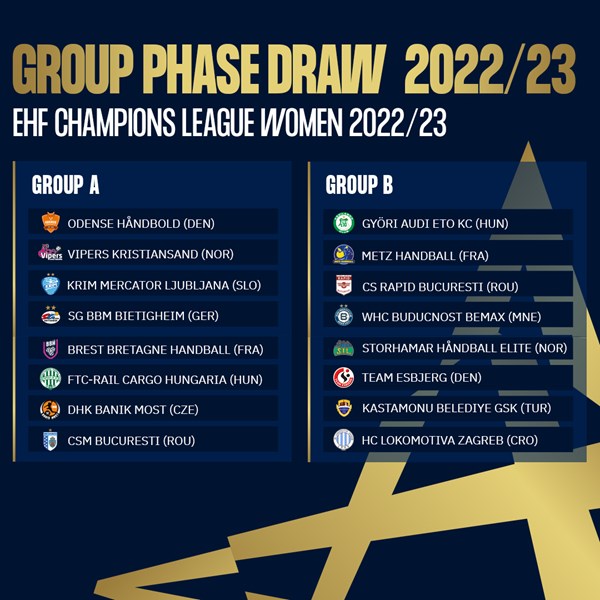 The EHF Champions League Women 2022/23 starts with round 1 of the group phase on 10/11 September 2022, with all matches again to be played on Saturdays and Sundays.

The match schedule for both groups will be announced in due time.

The top-six ranked teams in each group will qualify for the knockout phase: both the group winners and runners-up head directly into the quarter-finals; the teams ranked third through sixth advance to the play-offs.

The season will be concluded by the EHF FINAL4 Women in Budapest on 3/4 June 2023.

COUNTDOWN #7: SG BBM Bietigheim (GER). The German champions are coming off a perfect season in all competitions