This is the first article in our countdown series ahead of the EHF Champions League Women 2022/23 season. The series will preview each of the 16 clubs in the group phase before the competition begins in September.

It is safe to say that the EHF Champions League Women 2021/22 season did not exactly pan out as planned for Kastamonu Belediyesi GSK, after the Turkish champions built the third-longest losing streak in the competition's history.

However, the Turkish club renewed their vows to come back even stronger, added key players in crucial roles in the side and tried to strengthen the team as much as possible in order to win their first game in the competition.

Most important question: Will Kastamonu finally break their duck in the EHF Champions League Women?

Winning is definitely a difficult business in the EHF Champions League Women, as Kastamonu proved last season. In their maiden appearance in Europe's premier competition, the Turkish champions suffered 14 losses in 14 matches against some of the best teams in Europe, including finalists Vipers Kristiansand and Györi Audi ETO KC.

Armed with experienced Montenegrin players like wings Jovanka Radicevic and Majda Mehmedovic, centre back Milena Raicevic and goalkeeper Marina Rajcic, Kastamonu delivered on the court — but failed to secure a win. From that Montenegrin core, Mehmedovic is the only player still at the club. The departures of the three other players has left the door open for more transfers. 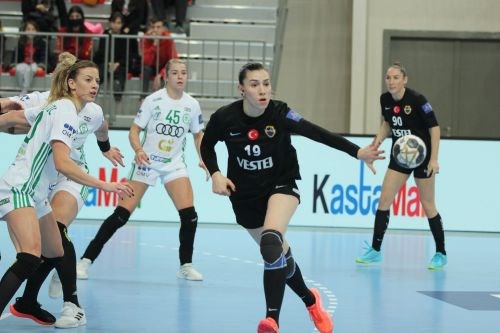 But are those players enough to lift Kastamonu's level enough to clinch at least a win in the competition? After last season's participation, their Turkish players also have more experience, though captain Serpil Iskenderoglu, who made her debut in European competitions in 1997, could play the last season of her career.

Moreover, a new and experienced coach has been tasked with leading the team: Claus Mogensen. Taking over at Kastamonu, Mogensen ended his six-year spell with Kobenhavn Handbold – after spending the three previous years at Norwegian club Byåsen Håndball Elite. A new experience, far away from Scandinavia, will be a challenge for Mogensen, who will need to work his magic to deliver good performances.

Under the spotlight: Katarina Jezic

This will be the sixth club for the captain of Croatia's senior national team. Jezic is one of the best defenders in women's handball and a player who can galvanise the whole team with her infectious spirit. However, after a six-year stint in Hungary at Siófok KC, Jezic is poised to make her return to the top level after last featuring in the EHF Champions League Women in the 2015/16 season, when she represented Romanian side HCM Baia Mare.

Jezic needs no acclimatisation to the top level, having long been of the best line players in the world, as proven at the Women's EHF EURO 2020, when she was captain of Croatia's bronze medal-winning team. Jezic's key experience in clutch moments should make her transfer a great piece of business and a coup for Kastamonu.

Last season, Kastamonu were newcomers who had plenty of ambition. Their best results, however, were a one-goal loss against Krim Mercator Ljubljana and a two-goal defeat against CSKA. Their average margin of defeat was a huge 8.1 goals per game, and they conceded the most goals (462) and had the worst goal difference (-113).

This interesting mix of experienced Turkish players and some veterans in European competitions will need some chemistry building exercises in the first months.

However, after her unveiling at Kastamonu, new signing Jezic was optimistic. She said: "I believe we will have a good and successful season. I will do my best to bring a lot of energy, joy and hard work to the team."

3 – WHC Buducnost BEMAX, Györi Audi ETO KC and CS Rapid București will be the first three opponents for Kastamonu in the EHF Champions League this season. If Kastamonu lose their first three games, they will set a new record for the longest losing streak in Europe's premier competition.

No team has ever played more games without securing their first win in the EHF Champions League Women than Kastamonu.

Buducnost aim to get back on track

COUNTDOWN #14: Elverum Handball (NOR). After reaching the play-offs in the last two seasons, Elverum are ready for more

NEWS: The playing times for the first 10 rounds of the new season in the men’s top tier have been confirmed

COUNTDOWN #14: Storhamar Handball Elite (NOR). Storhamar are the only team to debut in the EHF Champions League Women this season

COUNTDOWN #15: HBC Nantes (FRA). After a one-season absence, the French side are back in the EHF Champions League and ready to amaze again

NEWS: The playing dates and throw-off times for the first six rounds of the EHF Champions League Women group phase 2022/23 have been finalis…