The 2016 champions vastly improved from their opening-round defeat at Dinamo Bucuresti last week as they beat Telekom Veszprém HC 32:29 in an attractive Match of the Week.

It was only Kielce’s fourth win in 15 duels with Veszprém, who recovered from a slow start (12:5 down) but failed to close the gap entirely, despite Petar Nenadic netting nine times from 11 attempts.

You have to be patient when you are second goalkeeper behind super stars like Niklas Landin or Andreas Wolff. Mateusz Kornecki has been playing that role perfectly since he arrived at Kielce in 2019. When Wolff needs time for a break, the 27-year-old Polish international jumps in. Last week, Kornecki missed the season opener against Motor due to an injury and Wolff remained on court, despite his low safe rate of 13%. But in the MOTW against Veszprém, Kornecki started between the posts – and paid back coach Talant Dujshebaev with 11 saves as he played a dominant role in Kielce’s triumph. 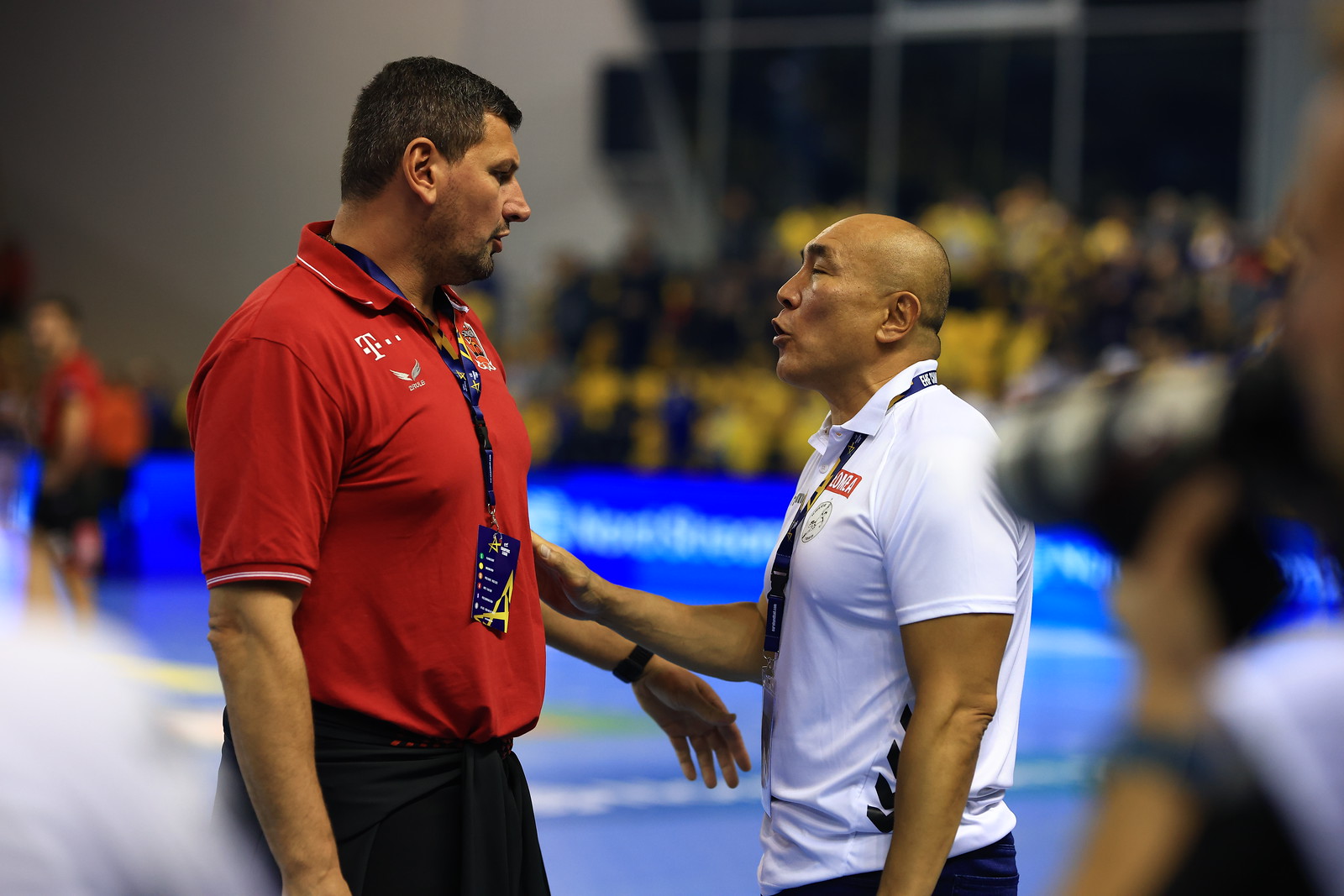 We played against one of the biggest teams in the world. I have a lot of respect for Veszprém. Momir (Ilic) has just started his work in the club and I wish him all the best. The support of our fans was amazing, in very important moments they gave us power. I am very happy also because of Mati’s (Kornecki) performance: he played an amazing game and he can be proud of himself.
Talant Dujshebaev
Lomza Vive Kielce head coach

Next Article PSG recover with big win over Dinamo

GROUP B REVIEW: Thanks to an impressive defensive performance, backed up by a stellar Rodrigo Corrales, Veszprém left no chance for Flensbur…

Kielce add a fourth win to their current run

GROUP B REVIEW: Even though Porto displayed huge resistance, Kielce snatched their fourth win in a row.

MOTW with Barça and PSG among round 5 highlights

ROUND PREVIEW: French side tested in Barcelona in group B, while Kiel and Aalborg have tough home matches ahead in group A

SUMMARY: Coverage of all eight matches in round 4 of the EHF Champions League Men 2021-22

FEATURE: The Austrian left wing is one of the rising stars in the EHF Champions League and hopes for a successful MOTW debut

Top clubs put to the test

ROUND PREVIEW: Four clubs have won four of their five games so far, but they will this weekend face adversity to keep their good runs going

GROUP B REVIEW: An excellent performance in the second half helped Sävehof fight back from a six-goal half-time deficit

GROUP B REVIEW: Odense climbed to third place in group B after beating Krim by two goals in a hard-fought match

CSM cruise to victory against Buducnost

GROUP A REVIEW: CSM Bucuresti powered to a 30:22 win against Buducnost, handing the Montenegrin side their fifth loss in a row this season