New year, old dominance? No! Füchse Berlin had to struggle hard to extend their clean record to six victories in six group matches. Thanks to the close 30:27 victory in the postponed match of round 6 on Tuesday in Winterthur, the Foxes booked their ticket for the knock-out stage and remained on top of the group. Intermediately, Pfadi had turned a seven-goal deficit into a lead- but in the end, the Swiss champions remain on two points from six matches.

Pfadi were on an equal level until the 8:8, but then Berlin easily pulled ahead - and even missed some chances right before the break to “only” be ahead by 15:11 after 30 minutes after the 11:18 in the 33rd minute, the deal seemed to be sealed by the visitors, but Pfadi never gave up - boosted by the five goals of wing Cedrie Tynowski and line player Otto Lagerquist, the deficit melted like snow

Even a Füchse time-out at 21:18 did not change a thing, as Winterthur first levelled the result and then even took the lead twice at 23:22 and 24:23 finally with a treble strike by Matthes Langhoff, top scorer Hans Lindberg (10 goals in total) and Paul Drux after the 25:25 and the red card against Pfadi’s defence boss Roman Sidorowicz after three suspensions paved Berlin’s winning way - in a match, much closer than the first leg at Berlin (35:29)

Füchse had travelled to Switzerland with only one goalkeeper, but Dejan Milosavljev was enough - already in the first half, the Serb stood like a wall with seven saves, in total 13. Even Hans Lindberg made a save when he had to step into goal during a Milosavljev suspension.

Impressive fire power from the backs and the wings

Füchse Berlin underlined their ambitions, even if the 2015 and 2018 EHF Cup winners could not play with their regular line-up, replacing Swedish EHF EURO champion Valter Chrintz and Danish EHF EURO bronze medallist Jakob Holm. But the attacking performance was still impressive - from the back court positions (Paul Drux and Lasse Andersson combined for seven goals) and mainly the wings with Hans Lindberg and EHF EURO 2022 All-star Milos Vujovic scoring 13 goals. Having a roster like this, Füchse definitely belong to the hot favourites of the 2021/22 trophy of the EHF European League. 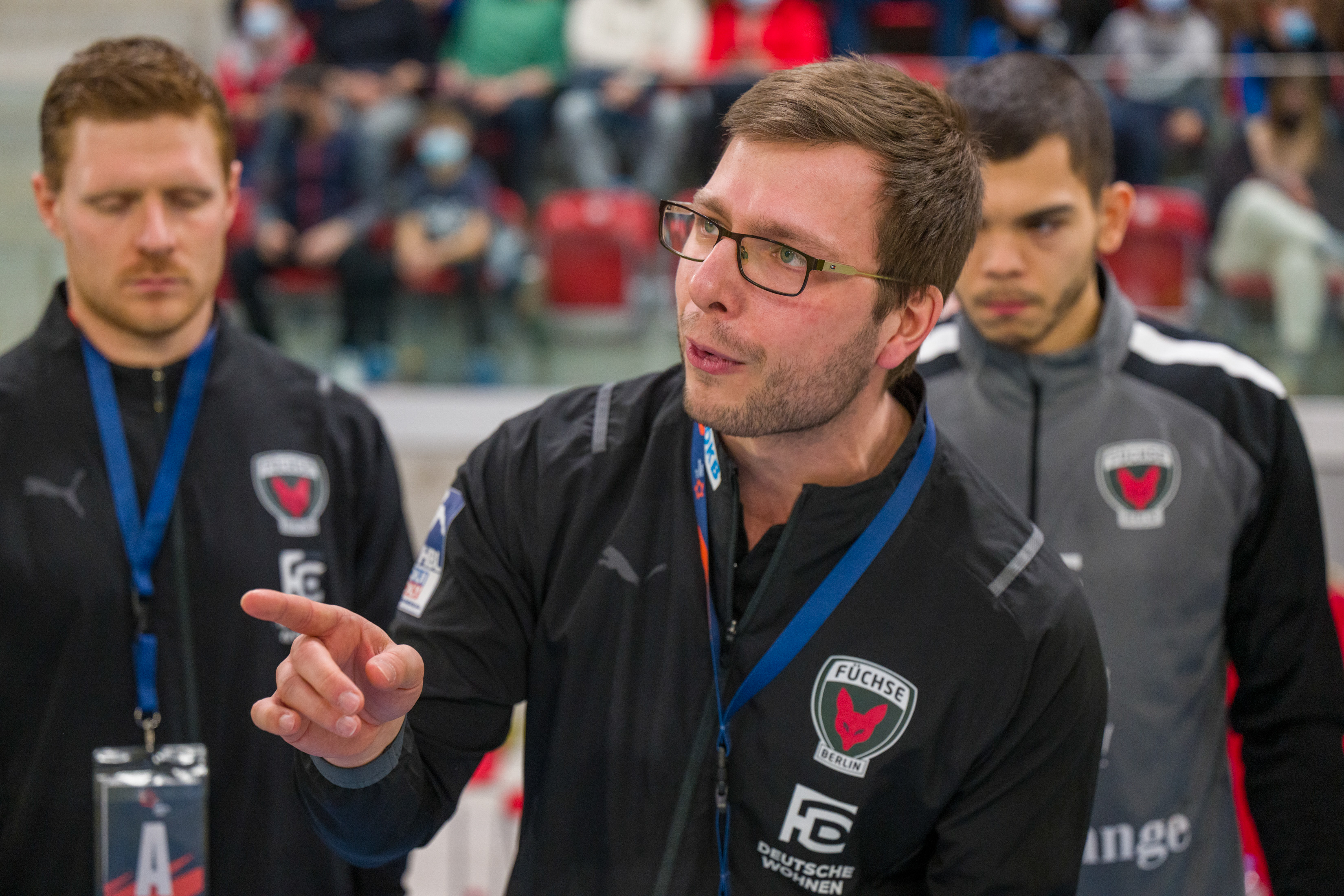 It was very nice to play here, in front of fans. They have whipped the team forward. We wish Giorgi Tskhovrebadze a speedy recovery, knowing that Pfadi Winterthur was and unfortunately remains shaken by injuries. We actually had everything under control, but then made careless mistakes in the second half. Pfadi never gave up and we lost our heads in the meantime. Compliments to our young players, they brought us the victory home in the end.

When there was hecticness on our bench, our goalkeeper and our defensive specialist talked about tactical things and substitutions. We were unfocused; that could have gone worse for us today.
Jaron Siewert
Head coach Füchse Berlin

Previous Article This is me: Nataliya Derepasko

Next Article Volunteer at the EHF FINAL4 2022

SUMMARY: Running coverage of all matches in the penultimate round 9 of the EHF European League Men 2021/22 group phase

Last 16 could be fully booked after round 9

ROUND PREVIEW: Teams from groups C and D might claim the four open spots in the EHF European League knockout phase on Tuesday