Both HC Vardar 1961 and Elverum Handball had qualified for the play-offs and confirmed their final positions in group A before the throw-off of their EHF Champions League Men match on Wednesday evening.

But the fifth and sixth-ranked teams in group A fought closely for 50 minutes until Vardar pulled ahead for a clear 39:30 win.

Vardar took their fourth victory in a row, while Elverum lost for the eighth straight time. Despite the loss, Elverum still proceed to the play-offs after Aalborg's victory over Zagreb. Vardar's heroes were the French Nyokas brothers, who scored a combined total of 11 goals.

Since HC Vardar 1961 returned to the EHF Champions League in 2013, the Macedonian side have always qualified for the knockout stage.

In three straight years, from 2017 until 2019, Vardar were part of the EHF FINAL4. In 2017 and 2019, they lifted the trophy. On three more occasions, they were quarter-finalists and twice they made it to the Last 16 or the play-offs.

In their ninth straight participation, they will face the same opponents as last season in the play-offs: Telekom Veszprém. Vardar can take revenge for last season's clear 41:27 and 39:30 defeats against Veszprém. 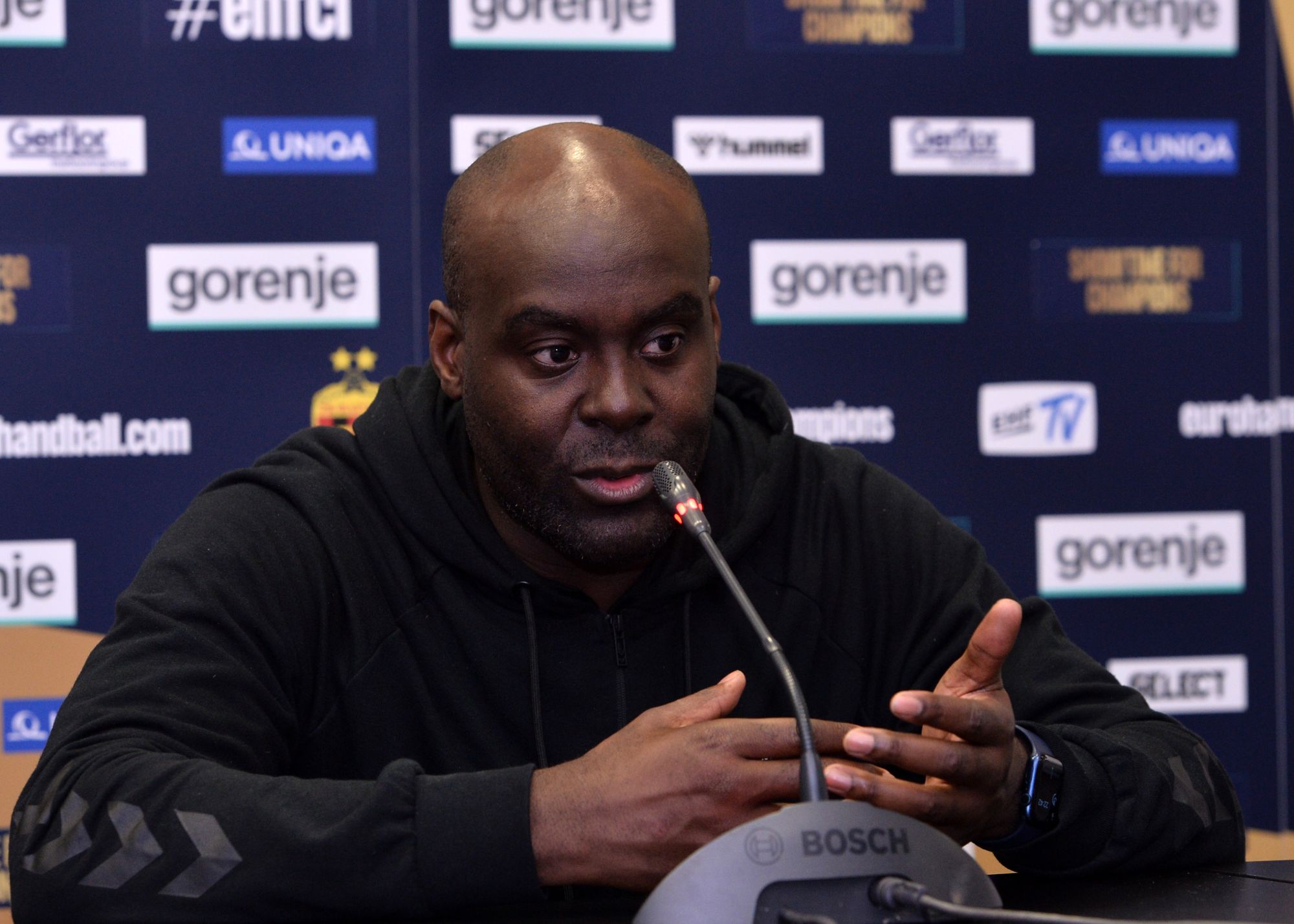 The team wanted to win, even though the position was guaranteed, but I’m not happy about the first half. The team knows that there was no reason to play like that. I was angry but in the second half we changed the game and took advantage with the 5-1 defence and Elverum's seven-vs-six game, together with the saves of Martin Tomovski. The difference needed for victory was created.
David Davis
Coach, HC Vardar 1961

At the beginning we had good intensity in defence and in attack we played well. The teams played without pressure until the 40th to the 45th minute of the game, but when Vardar raised the intensity of the game, we had difficulties finding the solution. At the end, there were too many mistakes on our side.
Börge Lund
Coach, Elverum Handball

GROUP B REVIEW: Chloé Valentini leads Metz to their second-ever win over Györ

GROUP B REVIEW: It was a lot harder than expected, but Buducnost claimed the two points away against Lokomotiva Zagreb

MOTW REVIEW: FTC-Rail Cargo Hungaria were left reeling after a slow start to concede their second loss in a row, against Brest

LIVE BLOG: Coverage of Saturday's five games from round 3 of the EHF Champions League Women, including FTC-Rail Cargo Hungaria vs Brest Bret…

Edwige: “We must own up and take responsibility”

MOTW FEATURE: The French line player and her club FTC face Brest in the Match of the Week on Saturday

GROUP B REVIEW: After a weak first half, Dujshebaev's team improve, but cannot turn around the re-match of this year’s final