Bojana Popovic is a legend in Montenegro and in Denmark. On Friday, both her handball worlds clash in the first semi-final of the Women's EHF EURO 2022 in Ljubljana. Danish head coach Jesper Jensen pays respect to his Montenegrin counterpart.

From 2002 until 2010, Popovic was strongly connected to the golden years of Danish club handball. Three times, she won the EHF Champions League with Slagelse – in 2004, 2005, and 2007; twice with Viborg – in 2009 and 2010. Only two other players won five European top-flight titles in such a short time: former Györ stars Eduarda Amorim and Anita Görbicz.

However, Popovic’s great impact on Montenegrin handball was still to come. After 100 international matches for Yugoslavia and Serbia-Montenegro, she steered Buducnost to their first and her sixth EHF Champions League trophy, and the national team to silver at the London 2012 Olympic Games, before she retired from the national team.

Popovic briefly returned on court for the Rio 2016 Olympics, where she was Montenegro’s flag bearer and scored four goals.

In 2020, she became head coach of Buducnost, the next year also from the Montenegro national team after serving as an assistant for a while. Now Popovic can make her dream of her first EHF EURO final come true, since Montenegro’s 2012 triumph came just months after her retirement.

On Friday, Montenegro face Denmark in the first semi-final (live on EHFTV at 17:45 CET) when Popovic’s two handball worlds will collide.

Denmark have been waiting even longer for a return to an EHF EURO final – 18 years, since their 2004 final defeat to Norway. Their last major trophy dates back to the Athens 2004 Olympics.

Since Jesper Jensen took over in 2020, the only way has been up again for Denmark, who won bronze at the 2021 IHF World Championship in Spain.

“I am impressed by the job Bojana has done and is doing,” Jansen said about Popovic.

“She is a good captain for the team and an excellent coach, as she knows how to lead them. I have deepest respect for Montenegro, they always play hard and give a big fight. They have many strong and experienced players, all playing for top clubs. Their first seven to nine players are very, very strong, they play physically and fast.”

Jensen’s side has impressed with a five-victory run at the EHF EURO after their opening defeat against Slovenia. Their top result obviously was their 31:29 win over defending champions Norway. Earning them the No. 1 spot in main round group I.

Montenegro lost once – against France – and had already locked up the second place in group II when they went down a second time – against Netherlands, while resting some of their top players.

Popovic, who is the only female head coach at this Women’s EHF EURO, expects a tough fight.

“Denmark have a strong team together for a long period now. They have many experienced players, who play together in the top clubs and they have a good coach, in Esbjerg and in the national team,” she said.

“They will run, we will run; we know, when you face a Scandinavian team, you have to run back. My players will play with heart and full power for 60 minutes.”

A crucial impact on this semi-final could be the depth of both squads, but Popovic didn’t see it as a decisive factor.

“In all those tournaments we were successful, we never had a long bench. We are used to play with eight, nine, 10 players. If those 10 are good, it is enough,” the Montenegrin coach said. 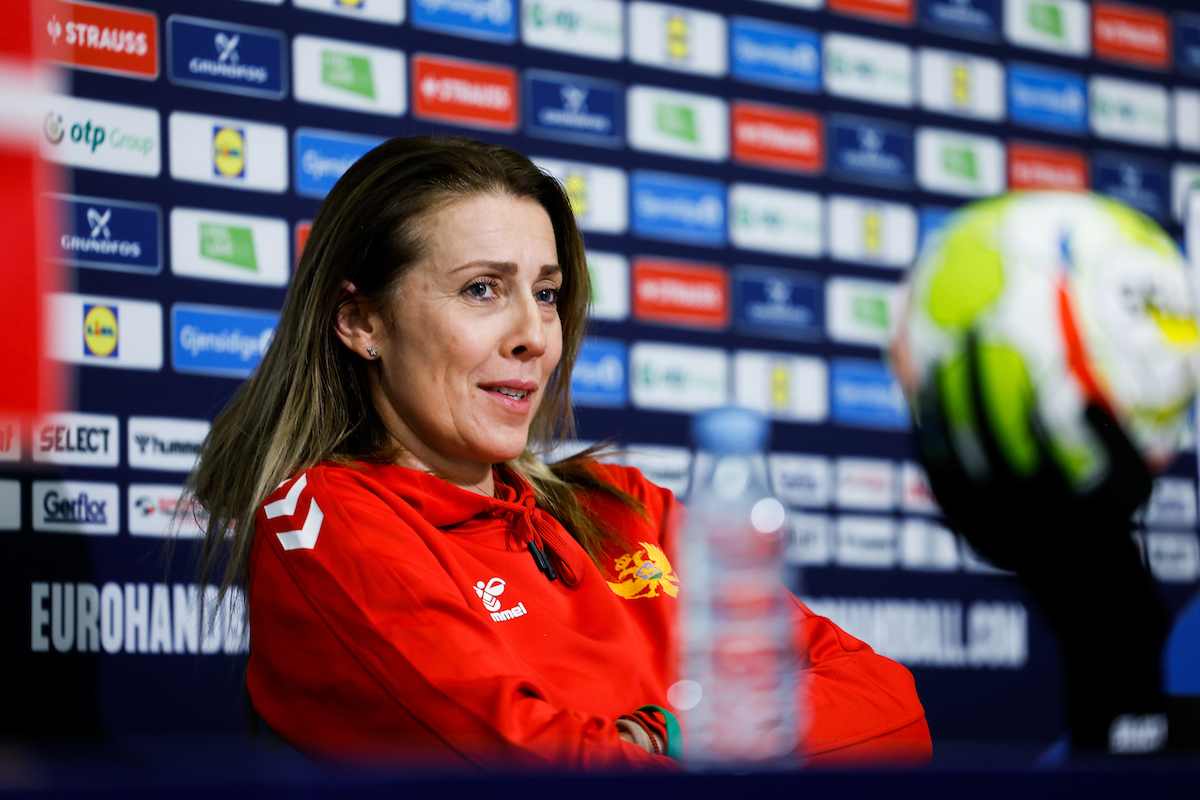 In all those tournaments we were successful, we never had a long bench. We are used to play with eight, nine, 10 players. If those 10 are good, it is enough.
Bojana Popovic
Montenegro head coach

For Jesper Jensen, however, his wide squad could be an advantage.

“We have a strong bench, not many teams have a quality of 16 players like we have. Maybe this is a bigger chance to beat Montenegro, but they have a big hearth and fight, it will not easy to make them tired in one hour,” he said.

One of the key players Popovic will turn to once more is Jovanka Radicevic, the star right wing who is playing her last two matches for the national team this weekend.

“Before the tournament, we had some dreams. Now our dream is coming true. I am leaving at the best moment in my career. My teammates had promised me to finish in Ljubljana, now I am here,” Radicevic said.

For Radicevic, an EHF Champions League winner with Györ in 2013, the final weekend of the EHF EURO is like having home games, since she has been playing for Krim Mercator Ljubljana since last summer.

The right wing was part of all major successes of the Montenegrin team in 2012 and 2014.

“It was no easy decision to finish. Playing in the jersey of my country gave me everything, I had the best moments in my career with Montenegro,” Radicevic said.

“Now I hope to go to the final. I am proud, I enjoyed all those years, but without my girls I would not be here.”

Next Article The rise of women in sports TV production

SUMMARY: Coverage of day 15 of the Women's EHF EURO 2022, with both semi-finals and the match for fifth place in Ljubljana

SEMI-FINAL 1 PREVIEW: The main round group I winners take on the co-hosts with a huge motivation on the line, a ticket for the final on Sund…

SUMMARY: Coverage of the last day of the main round at the Women's EHF EURO 2022, with six matches in total in Ljubljana and Skopje