After BV 09 Borussia Dortmund and Praktiker-Vác booked their spots in last weekend's double headers, the last 10 places in the EHF European League Women group phase will be decided this weekend.

While a number of sides hold comfortable advantages after the first leg, the crucial match will take place in Croatia. HC Podravka Vegeta host MKS Zaglebie Lubin after drawing 24:24 with the Polish club last Sunday in Poland. 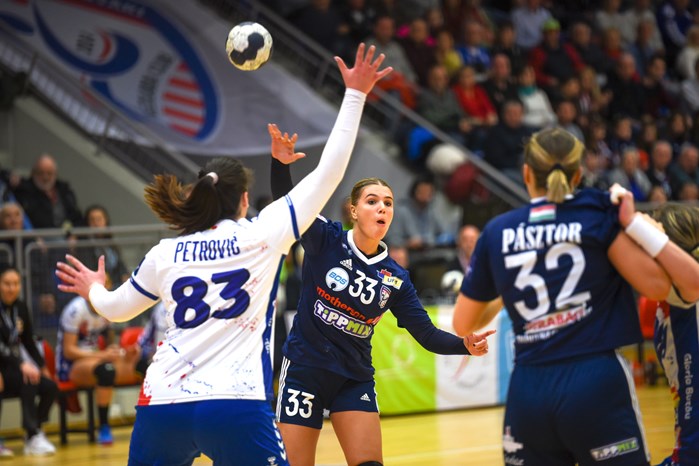 All eyes will be on the match in Koprivinica on Friday as two experienced European sides clash again for a place in the group phase.

Hosts HC Podravka Vegeta played the EHF Champions League Women in the previous four seasons, reaching the play-offs in 2020/21. They had also reached the semi-final stage of the EHF Cup in 2019/20 before the season was curtailed due to the Covid-19 pandemic, having beaten Thüringen by 10 goals on aggregate in the quarter-finals.

Lubin qualified for the European League group phase last year after several seasons of missing out in the EHF Cup. They finished fourth in group B, with a win against Nantes in round 6 and a draw against eventual finalists CS Minaur Baia Mare in round 5 the highlights. But they had a couple of close losses too, showing they could compete at this level.

In the first leg on Sunday last week, Lubin took an early lead and had a 12:9 advantage at the break which they had stretched to 15:10 just five minutes into the second half. However, a run of goals from Podravka got the visitors back into the game and when Emilia Galinska missed her last shot in the final minute a draw was sealed.

On paper Podravka will be favourites for the second leg, with the advantage of their home court and fans plus significant experience at the highest European level. But Lubin showed last week they cannot be discounted, setting up a fascinating contest.

Next Article Nærbø under pressure to keep title defence going

16 teams seek spot in next qualification round

ROUND PREVIEW: Eight teams will follow LC Brühl into qualification round 3 of the European League Women