In the not-so-distant past, Paris 92 were one of the major contenders in the old third tier Challenge Cup, but never has the French side managed to play a role in the European League.

Les Lionnes are back in the group phase, having been eliminated in the first qualifying round last season, and after signing some major names last summer, they have their sights set higher than ever before.

Most important question: How badly will Paris 92 miss Méline Nocandy?

The young centre back was the major piece among Paris 92’s signings last summer. One year after winning gold in Tokyo, she decided to move to Paris to try and take another step in her career. So three games in, and a bad knee injury later, Nocandy’s season was over already. And when such an important player is down, there is a risk that the whole team is going to be in trouble.

But so far, coach Yacine Messaoudi has been able to find solutions. Déborah Lassource, who recently finished fourth with the French team at the EHF EURO 2022, is taking on more responsibility every day, while Laura Flippes is now a full-time backcourt player. And while Méline Nocandy can hardly be replaced, the team has other options to win games.

Being eliminated by Bera Bera in the second qualifying round last season was a huge blow for Paris 92. “A big failure,” says captain Déborah Lassource. So, after finishing third in the French League last season and getting a ticket for the group phase straight away, those girls are hungry for revenge.

“We want to do much better this year and progress, step by step. We are ambitious and we are working every day to create our own chances,” adds the captain, whose sister played in the European golden days of the club, in 2013 and 2014, before moving to Brest.

Under the spotlight: Laura Flippes

Back in Metz a few years ago, Laura Flippes was just one of the many stars in a Champions League team. Now, in Paris, and even more so since Méline Nocandy injured herself, the left-hander has become the main offensive asset. A real detonator on the backcourt, she can either shoot or assist with equal efficiency. And her defensive contribution is also not to be forgotten. Her last EHF EURO, where she was one of the best players for France, is a testament to the progress she has made since arriving in Paris.

It might have been nine years ago, but none of the players who played against Höor in the Challenge Cup final in 2013 are still at the club this season. The whole coaching staff has been changed since too, giving the impression that Paris 92 has turned into a whole new team in the last few years.

Moving forward and trying to take the club up has been a real motivation, with the help of major signings like Laura Flippes or Astride N’Gouan. Those two players have played the EHF FINAL4 with Metz in the past and definitely know how to navigate through these hard European confrontations. 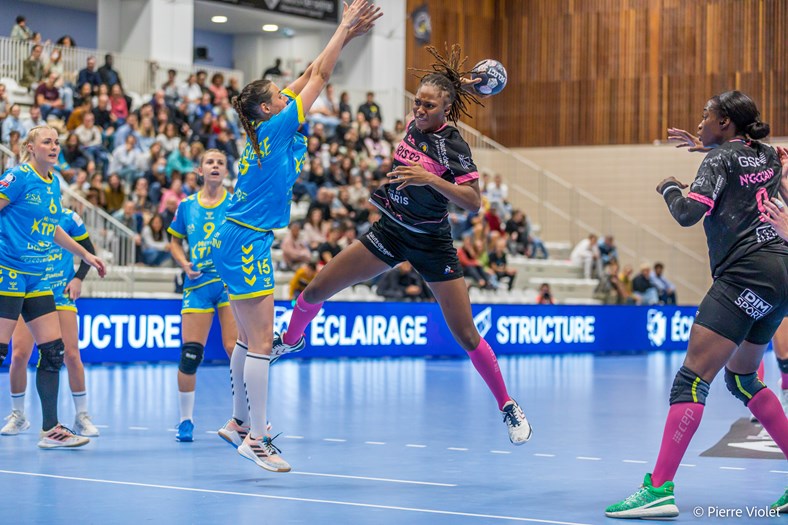 Among the Paris 92 roster, five players and the coach once played or coached with Metz Handball. While Yacine Messaoudi joined the club in 2019, he used his network to sign some of the biggest names in French handball. And these girls often said yes, joining a club that had yet to have results, but whose project looked ambitious. For now, it has worked on the domestic stage, as Paris have become the third club in France, behind Metz and Brest. But the results on the international stage have yet to come.

TALKING-POINTS: Where do we stand with three rounds to go in the EHF European League Women group phase?

OFFICIAL STATEMENT: The German club shall pay a fine of €10,000 for having displayed unauthorised advertising in the playing hall within the…