After Siófok KC claimed their second straight win, Molde remain at the bottom of the group A.

Julie Mathiesen Scaglione and Emma Friis led Ikast to their third convincing win in group B, while Ida Drønen produced her best performance between the posts and lifted Fana to their first win in the group phase.

Siófok secured their second consecutive win by beating Molde at home. After an almost equal start, Siófok stepped up a gear and soon held a three-goal lead, 9:6, courtesy of Nikoletta Papp's two consecutive strikes. Not only that, but Papp was also her team's top scorer after the final whistle with nine goals from nine shots.

Midway through the first half, Ine Stangvik Karlsen had built a wall in her goal, and her seven saves in the first half helped her team to rebound and to grab an equaliser (11:11). A 5:0 run for Siófok that started in the 35th  minute was decisive for the Hungarian's side second win in the group. When you add Marina Rajcic's 15 saves at a 40 per cent save efficiency, it is no wonder Molde could not reduce the deficit and make a comeback.

Borussia Dortmund got back to winning ways as they ended Besancon's unbeaten streak. After a dream start, Dortmund had a 5:0 lead five minutes into the game. Although Besancon scored their first goal three minutes later, they were trailing by more than five goals until the 20th minute.

However, the French club woke up and enjoyed a 5:0 goal run, with Pauline Robert netting to reduce the deficit to 10:7, but the good moments had passed when Zöe Sprengers scored the German side's 16th goal before the break. Besancon tried to shift the momentum – and Sabrina Zazai was efficient, scoring 10 goals from 10 attempts – but nothing could stop Dortmund from holding onto their lead.

Sophie Amalie Moth with an amazing save for her team 🤯#ehfel pic.twitter.com/NMWdoqqZif

It's always emotional for me when I come back to Siófok. It's unbelievable how the fans welcome me. Siófok was the better team today. We didn't play well enough to win.

We defended well and caused problems for Besancon. We deserved the win and we are happy with the two points. Besancon is a very good team.
Alina Grijseels
Centre back, Dortmund

Ikast cruised past Mosonmagyarovari KC to remain unbeaten after three rounds of the EHF European League Women group phase. Ikast's top scorer in the first half with four goals, Emma Friis, gave her side an early three-goal lead (5:2) and helped widen it to 7:2 with a clever steal that set up Stine Skogrand.

Mosonmagyarovari KC clearly trailed until Zsófia Szemerey's run of saves midway through the first half helped reduce the deficit to 9:8. However, turnovers prevented Mosonmagyarovari KC from turning the tide, which allowed the more experienced Ikast side to regain a five-goal lead. As time passed, the Hungarian team could not keep up with the pace – and they suffered their second defeat in a row.

WATCH: From out of nowhere!👀

Fana surprised Nantes in round 3 and celebrated their first win of the group phase in front of their fans. Nantes opened with three consecutive goals, but Lina Waage Mossestad put Fana back in the game and within one goal in the eighth minute.

It was a tight contest up until the 22nd minute, when Nantes found momentum, but Fana could have turned the game around before the break if it were not for Nathalie Hagman. The efficient right wing netted seven times from as many attempts in the first half.

However, in the second half, Ida Drønen's two saves gave Linnea Kyrkjeeide an opportunity to put Fana ahead, 22:21, and she remained her side's heroine throughout the rest of the match. After stopping five of Nantes' attempts in the last 10 minutes, Drønen finished with 15 saves and prevented the French side from equalising. 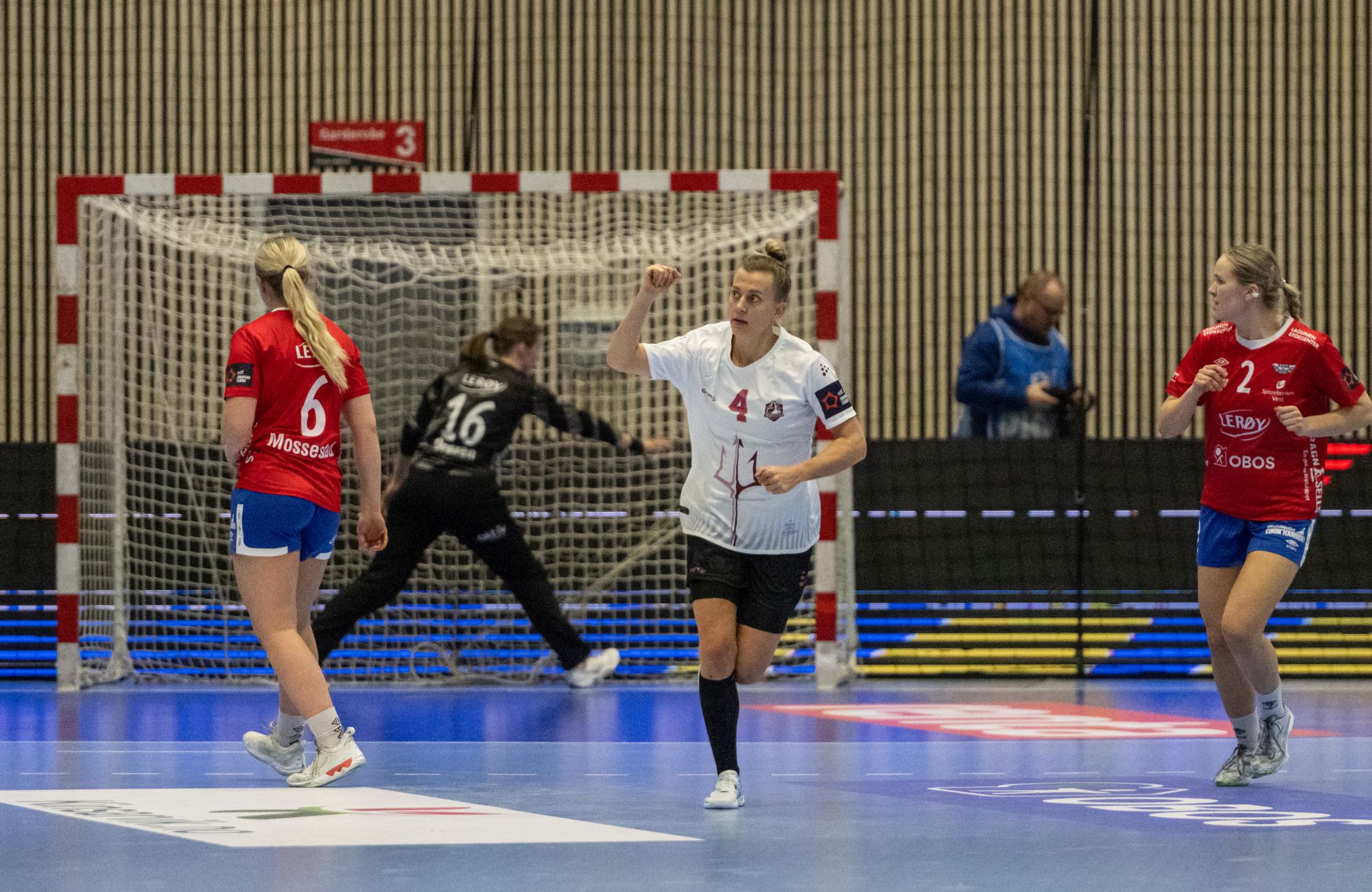 It was a tough game, but I think we played a good first half. We talked about it in the half-time that Fana would not give up, and they didn't.
Nathalie Hagman
Right wing, Neptunes de Nantes

Despite this being their second season in the EHF European League Women, Motherson Mosonmagyaróvár is a great team and today's match was an exciting one. In the first half, we missed some opportunities, but in the second half we worked our way up, so I am proud of my team.
Kasper Christensen
Coach, Ikast Handbold

Next Article Krim stay alive with another big win over Most