With 39 teams aiming to win the EHF European League Women trophy at the end of the season, all of them tried to improve by ushering in new players.

But which have been the top transfers this summer?

While Motherson Mosonmagyaróvári KC, Viborg HK, CS Minaur Baia Mare and Handball Club Lada will join the competition in the group phase, the other 35 sides will be playing qualification rounds 2 and 3.

Trying to strengthen their squads, teams have been added new players to their roster. Which have been the most interesting summer moved?

Last season’s EHF Champions League participants Valcea is an experienced team with plenty of players ready to go. Adding Isabelle Roch was a small coup, as the German goalkeeper will definitely become the first choice since Marta Batinovic and Diana Ciuca left the club this summer. A player who donned the national team shirt 36 times, Roch leaves Germany for the first time in her career, having played for seven different teams in Germany.

Once hallmarked as the future of Hungarian handball, Gabriella Toth did not click as expected in her last seasons spent at ÉRD and Siófok. A serious injury derailed her career, but she is expected to fit in immediately in a young team and become a role model for other players. Still only 24, Toth will be expected to be a leader for Mosonmagyaróvár in their debut European season. 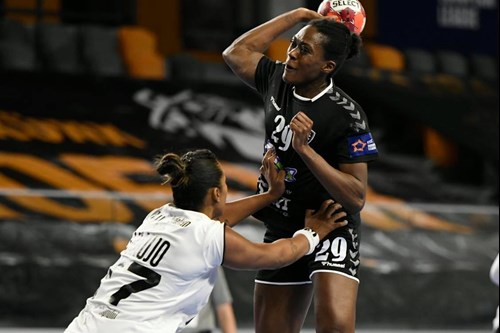 Athleticism, strength and creativity. This is what Niombla will bring to Paris 92. But the influence of her sheer experience is also a big factor why Paris 92 tried to sign her, with Niombla making her comeback in France after two years at Siófok. She was third in the EHF Champions League two times with CSM Bucuresti, in 2016/17 and 2017/18, is an EHF EURO champion and a world champion with France, while the transition to playing in France should be seamless.

The Danish left wing has been the third best scorer for her national team at the EHF EURO 2020, with 23 goals in eight matches. The prototype of a fast Danish wing, Pedersen brings plenty of European experience to the court, having played for eight seasons for Team Tvis Holstebro and NFH. Pedersen’s best season came in 2018/19, when she scored 51 goals for NFH in the Women’s EHF Cup and she is eyeing a repeat of that performance with Viborg.

Seeking their first domestic title since 2018, THC have high ambitions this season – also in Europe. The club boosted their squad with experienced players, ready to contribute immediately for the fast-paced attack envisioned by long-term coach Herbert Müller. Tsakalou is a generational talent for Greek handball, having played for four Champions League seasons for Krim and Podravka. She scored 126 goals in the last three seasons in the European premium competition and could have a shot at the competition’s top scorer title provided THC will progress to the group phase and further.

The two best goalkeepers for of world champions Netherlands changed teams this season: Tess Wester moved from Odense to CSM Bucuresti, while Rinka Duijndam is one of the four Dutch players to leave Dortmund, and she joined THC. Duijndam, 23, is already a world champion in 2019 and had plenty of time to develop in the past season. THC are getting a top-level talent, who stopped 27% of the shots she faced at the Tokyo 2020 Olympics, where she proved more than a worthy stand-in of Wester at times. 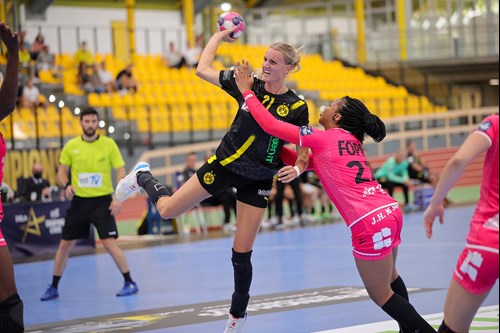 Dulfer is a dual-pronged threat, who can greatly improve both the defence and the attack of the team she plays for. Bietigheim make a step back from the Champions League, but their sheer experience and roster should earn them a place among the teams favorable to win European silverware this season. Adding Dulfer, the All-star defender of the EHF EURO 2018, a player who can also score goals – 31 for Dortmund in the Champions League last season – is a statement of intent for Bietigheim, who are getting a player in her prime to improve them on both ends of the court.

The diminutive Austrian centre back brings plenty of experience to the court, having scored 115 goals in the last two seasons for Team Esbjerg in the Champions League. After two years at Esbjerg, she knows the Danish league, therefore making the adaptation smooth at her new side. Frey, who is dazzling with her speed and high handball IQ, looks like a perfect fit for a team which used a fast-tempo approach in the last season of the competition. She can score goals, but is also a facilitator, who can bring the much-needed depth the Danish side craved for one season ago.

The reigning champions had a superb previous season but losing the MVP of the inaugural EHF Finals Women, Brazilian back Bruna de Paula, is impossible to overlook for the future. However, the French side bounced back admirably and signed Swedish back Carin Stromberg, who offers plenty of experience, creativity and a great shot from the nine-metre line. Stromberg might have scored only 10 goals in the European League last season for Viborg, but had 45 and 49 goals in the 2018/19 and 2017/18 seasons in the EHF Cup, certifying her pedigree for scoring goals. The 28-year-old back was also in strong form for Sweden at Tokyo 2020 scoring 34 goals and, more notably, giving 36 assists, earning her second place in the top assists ranking.

NEWS: The playing schedule for all six rounds in the group phase of the European League Women has been released

Clash between Nantes and Baia Mare headlines third round

ROUND PREVIEW: The group B clash between Nantes and Baia Mare headlines this weekend's six matches in the EHF European League Women

NEWS: The match officials for the final tournament of the EHF European League Men in Lisbon have been announced

NEWS: The sale has started with tickets available for one or for both days of the 28/29 May tournament in Portugal

“I did not expect to be MVP, because we were a team”

FEATURE: 28-year-old left back Xenia Smits received the MVP award of the Energi Viborg EHF Finals after a superb game in the final

FEATURE: Bietigheim’s Danish left back will face her former club Ikast-Herning in the semi-final at the EHF Finals 2022 in Viborg