The world of handball mourns the passing of Manfred Prause (pictured right). The long-time referee and head of refereeing at the EHF and IHF died at the age of 81 in his hometown Offenburg, Germany, on Sunday. Prause had shaped national and international refereeing as a referee and official for over 53 years.

“International handball is in deep mourning and is not only losing an absolute referee specialist, but also a unique personality,” says Andreas Michelmann, President of the German Handball Federation DHB.

“Manfred Prause has left his mark on refereeing for decades. He was a pioneer and inspiration for countless German and international referees and one of the most deserving referees and officials of all time from Germany. Our thoughts are with his family and friends.”

The EHF joins the DHB in mourning the passing of Manfred Prause and sends it heartfelt sympathy to to his family and friends.

Prause started his unique career as a referee in 1964 at the age of 25, together with Erhard Hofmann, his bench neighbour when he was at school. In 1975 they progressed to the Bundesliga, only about a year later they were IHF referees.

Prause/Hofmann had their first World Championship participation at the 1986 women’s tournament in the Netherlands, followed two years later by the Olympic Games in Seoul, where they officiated in the opening game between the Soviet Union and Yugoslavia as well as in the men’s final featuring eventual champions Soviet Union and the Korean hosts.

Prause had his last game as a referee in 1993 at a tournament on La Reunion Island - after 480 Bundesliga matches and 297 international matches for the IHF. 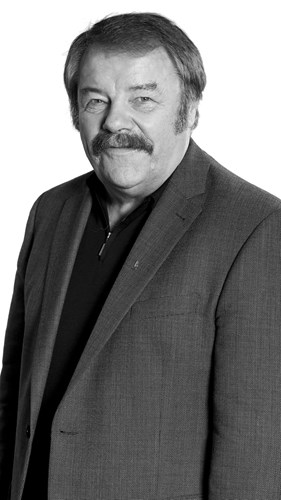 His career as a delegate began almost by accident, when former DHB President Jürgen Hinrichs took Prause as a guest to the EHF's founding congress in 1991 in Berlin. Without voting in advance, Hinrichs proposed him for the office of the first chairman of the EHF referee commission – and Prause was elected in the first ballot. He held the position until 2000.

From 1995 Prause also worked in the IHF playing rules and referee committee, was involved in many rule changes – including the final ones five years ago, such as the seventh field player. In 2009, Prause was elected head of the IHF PRC commission. After eight years at the top, he stepped down in 2017.

After 53 years as a referee and official, the Men’s World Championship 2017 in France was his last tournament, having been responsible for the referee appointments for over 7,000 games for the EHF and IHF in total.

REVIEW: Three European teams finished on the podium in the IHF Men’s Super Globe, as Magdeburg secured their first title in the competition

Clash of the European champions in Super Globe final

REVIEW: Barça and Magdeburg will face-off on Saturday, having come through very different routes to the final

QUARTER-FINAL REVIEW: Title holders Barça take on Brazilian side Pinheiros in the other semi-final of the annual event in Saudi Arabia

PREVIEW: Aalborg and Magdeburg are the other European contenders in the 10-team field for this week’s tournament

Become a mobile reporter for the European Handball Federatio…

NEWS: Playing dates and throw-off times for the first 10 rounds of the EHF Champions League Men have been finalised

212 balls set to be opened in big draw event

NEWS: Draws for four European club competitions will take place in Vienna on Tuesday at 11:00 CEST

Barça and Vipers among 2020/21 national champions