Already five teams in the EHF European Cup Women 2022/23 have made sure that their journey continues in the new year. That leaves 11 more spots open for the Last 16, to be determined this weekend.

Saturday and Sunday, seven second-leg matches and four doubleheaders in round 3 will confirm the remaining participants of the Last 16. 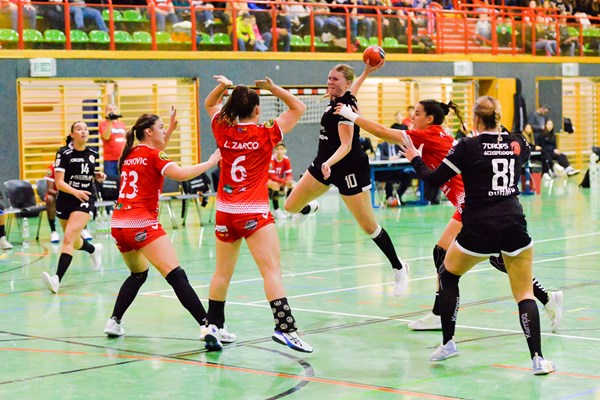 While Gijon are all but through, two other Spanish teams hope to make the next step when they host doubleheaders this weekend.

Club Balonmano Elche, who reached the quarter-finals last season, take on Iceland’s Valur on Saturday and Sunday. On the same days, the semi-finalists from 2020/21, Club Balonman Atletico Guardes, are up against JuRo Unirek VZV from Netherlands.

All 32 teams know their round 3 opponents

DRAW REVIEW: The EHF European Cup Women is ready for the next phase of the competition following Tuesday’s draw in Vienna

ROUND REVIEW: five teams progressed to the next stage following their wins in doubleheaders

ROUND REVIEW: Round of Last 16 has confirmed the eight quarter-finalists for the EHF European Cup Women

Race to quarter-finals gets exciting finish

ROUND 2 PREVIEW: 18 tickets to round 3 are at stake in an action-packed schedule from Thursday through Sunday

ROUND REVIEW: the action-packed weekend determined eight clubs who secured their berths in the next stage

ROUND REVIEW: Motive.co Gijon and ATTICGO BM Elche both claimed victories in their first-leg matches