Surprise at the top of ELW power rankings

16 teams will line up for the first-ever EHF European League Women group phase, with four sides from Russia, three from France, two from Romania and Hungary, and one each from Poland, Turkey, Norway, Denmark and Germany eyeing the big prize.

Some favourites have undergone serious changes, others even replaced their coach, but one thing is certain: There are teams who, at least on paper, look worthy challengers for the trophy.

With a fine toothcomb, we went over everything that the 16 teams have done prior to the group phase's commencement in January and compiled the first-ever power rankings for the EHF European League Women.

While title holders Siófok KC have already had a roller-coaster season, teams like CS Minaur Baia Mare and Astrakhanochka definitely look set to challenge for the trophy, which would be the first European trophy for either side.

So let us go through the teams that have impressed this season up until this point.

Of the four Russian clubs in the group phase, Zvezda might lack experience at this level – but they are also a team that can spring a surprise or two.

While the winners of the Women's EHF Cup in 2006/07 and the EHF Champions League in 2007/08 have the European pedigree, they have also undergone a serious makeover in recent years.

Zvezda disposed of Super Amara Bera Bera 56:51 on aggregate in qualification round 3 and look like a side with a tough defence, but they also rely on back Natalia Nikitina – who put 11 past their Spanish opponents in the two games – to score goals.

Although Zvezda are only fourth in their domestic league, they have only lost against better-placed teams: Rostov-Don, CSKA and Astrakhanochka. Zvezda's group is also one of the toughest, with the Russian team facing Herning-Ikast, Paris 92 and Vaci NKSE.

At least on paper, Nantes look more experienced and have more depth than MKS Perla Lublin or Kastamonu, which should make them favourites to proceed to the quarter-finals as one of the top two teams in group B.

With wings Nathalie Hagman and Blandine Dancette, playmaker Lotte Grigel and experienced defender Camille Ayglon, as well as their outstanding team spirit, Nantes will be a tough team to beat in this group, especially on home court.

They narrowly escaped in qualification round 3 against Romanian side Gloria Buzau, relying on their 23:16 home win in the first leg to advance 44:43 on aggregate. In the French league, Nantes have only lost against Metz, Brest and Paris 92 in the first seven games.

Although Nantes will lack depth in some tough moments, they should prove to be worthy opponents against every side in the competition. 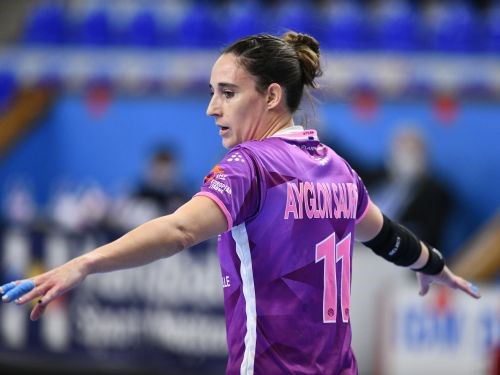 Two-time Women’s EHF Cup winners HC Lada are also one of the most successful and consistent teams in the competition, having reached the quarter-finals two times in the past three seasons.

Losing left back Elena Mikhaylichenko, the top scorer in the EHF Cup last season with 60 goals, was surely a blow. But the Russian outfit have constantly found new ways to reinvent themselves and usher in new players, with their plan working out beautifully under the guidance of coach Alexey Alekseev.

They surely look like the top seed in a group that also features Kastamonu Belediyesi GSK, Nantes Atlantique Handball and MKS Perla Lublin. Trips to Russia will be difficult for opponents, yet, surprisingly, Lada's away record has almost been as good as their home record in the past three EHF Cup seasons.

It has been a roller-coaster season for the Hungarian side, who won the Women’s EHF Cup two seasons ago. Four of their new transfers left the club, including reigning world champions Laura van der Heijden and Danick Snelder, while experienced Croatian coach Zdravko Zovko took over in October after a disappointing start to the season.

Siófok lead the Hungarian league but have played five games more than powerhouses Györi AUDI ETO KC and FTC-Rail Cargo Hungaria. Yet after three losses in a row, which prompted the coaching and player changes, they have won their last two games and are back on track.

Their roster still contains experienced players like backs Andrea Kobetic and Zsuzsanna Tomori, while Croatian line player Katarina Jezic will definitely be buoyed by the bronze medal won at the EHF EURO 2020.

It might be early days but Siófok will surely be a hard team to beat when they play at their full potential, despite being drawn alongside Kuban, Fleury Loiret and Dunarea Braila in a well-balanced group.

Paris 92 had to earn their group phase berth the hard way in two qualification rounds. First, they won 65:40 on aggregate against Slovak side IUVENTA Mihalovce, while their second aggregate win, 56:42, against Nykøbing Falster Håndbold was even more impressive, especially after losing key players such as Melvine Deba, Lucie Satrapova, Tamara Horacek and Oceane Sercien Ugolin this summer.

Paris are also third in a French league dominated by powerhouses Metz Handball and Brest Bretagne Handball – and their two losses were both by only one goal.

While not boasting huge names in their squad, they still rely on the experience brought by French right wing Laura Flippes, who can also play as a right back, and Danish centre back Nadia Offendal.

A team rather than a collection of individual stars, Paris were drawn in a well-balanced group against Herning-Ikast, HC Zvezda and Vaci NKSE, but they will definitely be a tough nut to crack this season. Having not proceeded from the group phase of a European competition in the past five seasons, Paris 92 may still have a point to prove. 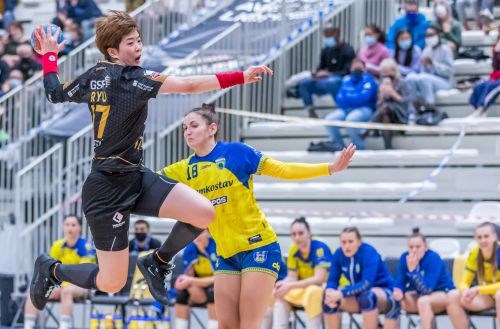 The Danish club won the Women’s EHF Cup two times – in 2002 and 2011 – and also reached the semi-finals in three other editions.

They have constantly found new ways to reinvent themselves and correct whatever underlying issues that have popped up. This time they have the experience, nous and talent at their disposal to mount a serious challenge for the trophy.

With five Norwegian players, including team captain Stine Skogrand, who impressed at the Women's EHF EURO 2020 on the right wing, Herning-Ikast are well-positioned to reach their first European final since 2015, when they won the Cup Winners’ Cup.

They might be placed only fifth in the Danish League, but Herning-Ikast won their last two games before the EURO break in a competition that is renowned for being tough and balanced.

Astrakhanochka are masters of taking advantage of how hard it is to travel to Russia. Their group might be well-balanced, with four teams with totally different styles of play, but they will be poised to ride the form of their key players in the EHF European League.

Astrakhanochka are third in the Russian league, with only three losses – two of them against powerhouses Rostov-Don and CSKA Moscow – and they are making their long-awaited return in the groups of a European competition for the first time in four years.

Only Rostov and CSKA had more players than Astrakhanochka in the Russian side that finished fifth at the EHF EURO 2020, while Vlatko Dzonovich’s side also boasts the All-Star line player from European Championship: Croatian Ana Debelic. With a mix of experience and youth, the Russian side will definitely be a team to watch and a team to beat this season.

Back after a five-year break from European handball, during which time the team struggled in the Romanian league, Minaur Baia Mare look to be a worthy challenger for their first European trophy.

While men’s handball was the focal point of attention in the last 35 years at Baia Mare, women’s handball has also drawn huge interest, especially when the team won their first domestic championship, in 2014. Now, back with a bang, Baia Mare have truly outdone themselves by constructing an interesting side.

The core is born and bred in Romania, with centre back Cristina Laslo and left back Anca Polocoser anchoring the team in defence, while left back Jovana Kovacevic complements the attack brilliantly. Swedish duo Linn Blohm and Filippa Idéhn will surely bring their experience to the fold when needed, as will Brazilian left wing Larissa Araujo and left back Karoline de Souza.

In a domestic league dominated by CSM Bucuresti and SCM Ramnicu Valcea, Baia Mare are third, unbeaten in their first six games, and they could also challenge for one of the top two places. Good health will be key, but keep an eye on this interesting team.

Next Article Prandi: “I am determined not to hesitate anymore”

Clash between Nantes and Baia Mare headlines third round

ROUND PREVIEW: The group B clash between Nantes and Baia Mare headlines this weekend's six matches in the EHF European League Women