With the exclusion of Russia from all international competitions, part 1 of qualification phase 2 for the 2023 IHF Men's World Championship provided the first team qualified for the final tournament in Poland and Sweden.

With a 57:54 aggregate win against Slovakia, Belgium mounted a historic comeback to avenge their 28:26 loss from three days ago and seal their first berth at an IHF Men's World Championship.

Greece and North Macedonia also progressed from part 1 of phase 2, but they will face new opponents on 13 and 16 April in the next round. 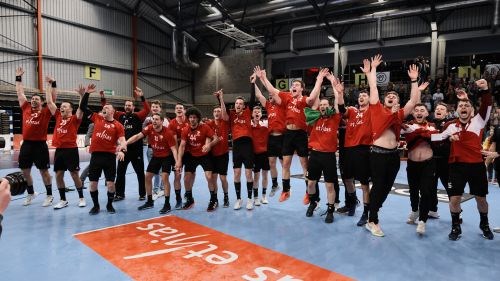 Previous Article “Romania do not know the word patience. But we need to learn it”

Next Article Israel turn the tables on Lithuania to progress

DAY REVIEW: Slovenia almost stumbled in Italy, but Slovakia, Greece and Israel took victories in the first legs of their play-off duels

ROUND PREVIEW: European powerhouses gear up for the second part of the Qualification Part 2 of the 2023 IHF Men’s World Championship, due to…

“Romania do not know the word patience. But we need to learn…

Portugal down Switzerland as all home teams win

Last three tickets up for grabs

ROUND PREVIEW: The final 10 matches of the first qualification stage for the 2023 IHF Men’s World Championship will be played this week