Cologne calling: which four teams will make the cut?

Eight teams, four berths at the EHF FINAL4 2022: the second leg of the EHF Champions Men 2021/22 quarter-finals on Wednesday and Thursday determines the quartet that advances to Cologne in June.

It is all or nothing this week for the eight teams eyeing a spot at the EHF FINAL4 2022 in Cologne in 18/19 June. The second leg of the quarter-finals determines which four teams are left in the race to the EHF Champions League Men 2021/22 title.

While Barça and Lomza Vive Kielce, both after away wins in the first leg, as well as Telekom Veszprém HC, following a big home win, look favourites to advance from the quarter-finals, the fourth tie between THW Kiel and Paris Saint-Germain HB is open after last week’s draw in Paris.

The field for this year’s EHF FINAL4 could be identical to the one from 2015, when Barça, Veszprém, Kielce and Kiel appeared at LANXESS Arena in Cologne.

We made it very difficult for ourselves by losing with seven goals last week in Veszprém. But now we play at home with a lot of confidence and believe that we can do better and really want to show that last week’s result is not how we wanted it to turn out. We really want to go back to Cologne.
Buster Juul
Aalborg Håndbold left wing 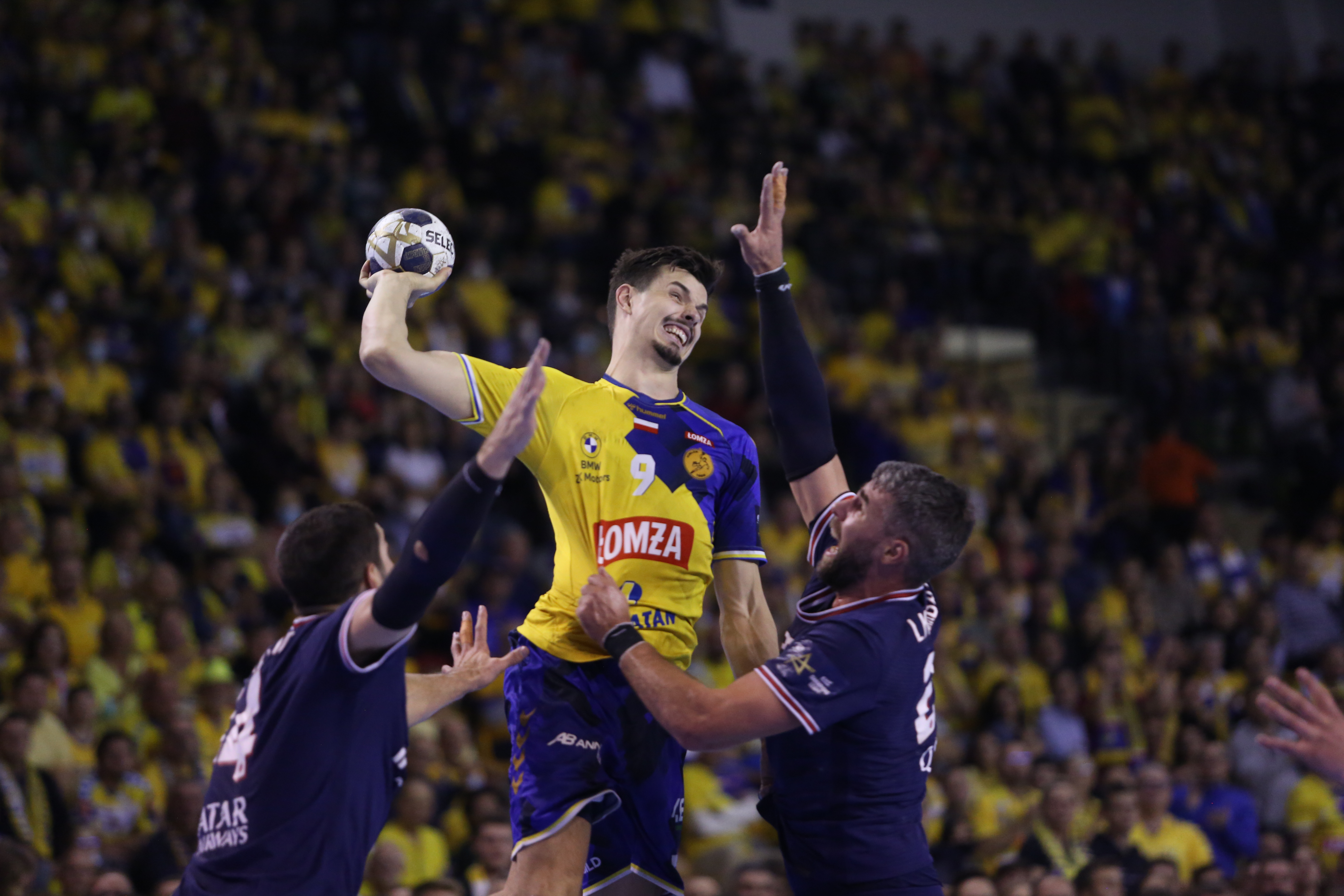 After the first game, we know that we need to stay calm. Probably they will attack us hard, we play at home so emotions will get really high and we want to start as strong as possible from the very first minute.

We do not perceive ourselves as favourites, we have played just the first half. Three goals are not too much.
Szymon Sićko
Kielce left back

LIVE BLOG: Running coverage of the four matches in the first leg of the EHF Champions League Men 2021/22 quarter-finals

FACTS AND FIGURES: The race for Cologne is on, and here are the competition’s stats and numbers ahead of the quarter-finals

Eight remain in the race for Cologne

QUARTER-FINALS PREVIEW: As the first leg of the quarter-finals begins on Wednesday, eight teams from six countries compete for four tickets…

GROUP A REVIEW: CSM Bucuresti rescued a point against Bietigheim in the dying seconds of the game after Malin Aune scored with five seconds…