Only four teams are still in contention for the EHF European Cup Women 2021/22, and while two of them represent Spain – defending champions Costa del Sol Malaga and two-time Challenge Cup winners Rocasa Gran Canaria – teams from Serbia and Ukraine are also in the race.

Both first-leg matches will be played on Saturday, with the return legs scheduled for next weekend. 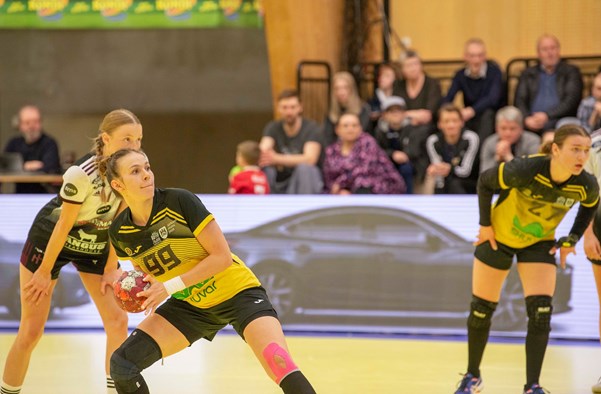 Given the current situation in Ukraine, Galychanka did not have an opportunity to play on home court in the semi-final. However, the Lviv-based team were eager to continue their successful campaign, and they managed to relocate to Czech Republic.

At least for a few weeks, the town of Hodonin has become their second home, and that is the place where Galychanka prepared for the matches with Gran Canaria and where they will host the first-leg game. Read the full story here.

While it is not easy for the Ukrainian champions to focus on handball now, they are determined to do their best.

Previous Article Arenhart: “What makes a team is the spirit and will to fight”

SEMI-FINAL REVIEW: The title holders took a huge step towards the final, while fellow Spanish side Rocasa lost by one goal against Lviv

Málaga hope for goals and record crowd in final

FINAL REVIEW: Gran Canaria took a step towards winning the trophy, beating Malaga by four goals in the Spanish derby

All-Spanish final throws off in Telde

FEATURE: During the war in their country, the Ukrainian team were given a helping hand by former rivals