Malaga and Gran Canaria through to all-Spanish final

A team representing Spain is certain to win the EHF European Cup Women 2021/22 after Costa del Sol Malaga and Rocasa Gran Canaria both progressed to the final with second leg victories in their respective semi-finals. 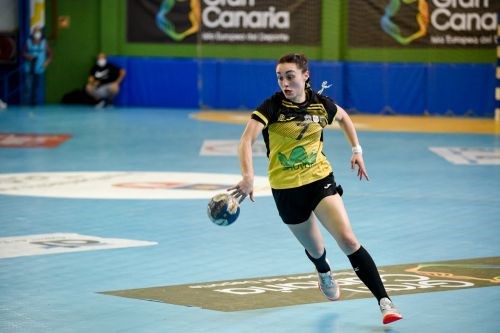 The Ukrainian team were unable to reach their maiden European final, yet they leave the competition with their heads held high.

It was hard for Galychanka, who prepared for both semi-final games in Hodonin, Czech Republic, to focus on handball during the war in their home country, but the team showed character and played well against Gran Canaria, so they can be proud of their performance.

NEWS: Raimond Sassari and SSV Brixen will meet when round 1 of the EHF European Cup Men begins on 10/11 September 2022

NEWS: The club registrations for the upcoming season of the EHF European Cup Men have been released

NEWS: Seeding for the new season in the third-tier competition revealed.

FEATURE: A lifetime spent at Baia Mare could be the key for Calin Cabuț when CS Minaur host Nærbø in the second leg of the EHF European Cup…