Now the Norwegian side hope to make a strong comeback in the return leg at home on Sunday, but if Baia Mare defend their advantage, they will reach the EHF Finals Women for the second straight season.

The same would apply to Herning-Ikast Håndbold if they eliminate SCM Ramnicu Valcea.

The EHF Finals draw will take place on Thursday 7 April at 14:00 CEST at the EHF office in Vienna. 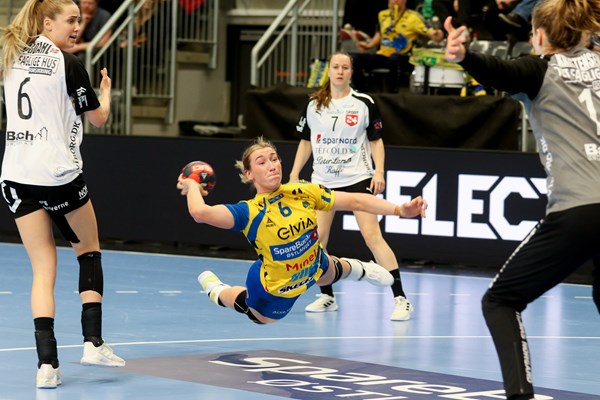 Next Article Race for semi-final berths goes to the wire

Scandinavian teams on fire ahead of quarter-finals

FACTS AND FIGURE: Two Danish and one Norwegian group winners - and only one of 48 group matches could not be decided on court

Five key takeaways after an inspiring EHF European League Wo…

FEATURE: Over 500 goals scored, unbeaten streaks and big surprises set up a mouthwatering EHF Finals Women in May, as the quarter-finals of…

“I did not expect to be MVP, because we were a team”

FEATURE: 28-year-old left back Xenia Smits received the MVP award of the Energi Viborg EHF Finals after a superb game in the final

QUARTER-FINAL REVIEW: Despite leading by six goals at the break, Sola HK faltered in the second half as CS Minaur Baia Mare qualified for th…

Viborg advance after another hard-fought win

QUARTER-FINAL REVIEW: In a thrilling Nordic derby, the Danish team took a narrow victory and progressed to the EHF Finals Women

QUARTER-FINAL REVIEW: Herning-Ikast Handbold progressed to the EHF Finals Women for the second consecutive season after a 33:28 win against…