The teams eying a place in the EHF European League Women 2022/23 group phase, which starts in January 2023, have learned their opponents for the decisive qualification round 3 at the draw in Vienna on Tuesday.

Last season’s runners-up Viborg HK have been given a tough task to advance to the group phase again. The hosts of the Energi Viborg EHF Finals 2022 last May will meet fellow Danish side Nykøbing Falster Håndbold in what is arguably the highlight tie of round 3 in December.

The Danish duel is the only national derby that has come out of the draw, although several other nations are also still represented in the competition by more than one team.

The winners of the inaugural EHF European League in 2020/21, Neptunes de Nantes, have a trip to Germany coming up to face VfL Oldenburg.

Underlining the strength of the competition, the draw included numerous teams that have played in the EHF Champions League recently, including HC Podravka Vegeta, BV Borussia 09 Dortmund, and SCM Ramnicu Valcea. 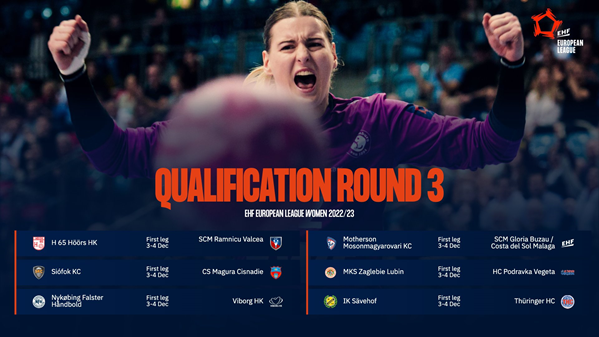 Hungarian side Motherson Mosonmagyarovari KC will have to wait to learn their opponents – either SCM Gloria Buzau or Costa del Sol Malaga, as the outcome of this Romanian-Spanish round 2 tie will only be confirmed by a final decision of the EHF Court of Handball.

The 12 winners qualify for the group phase, joining four teams that have been seeded directly for that stage of the competition: Ikast Håndbold, DVSC Schaeffler, Paris 92, and Molde Elite. 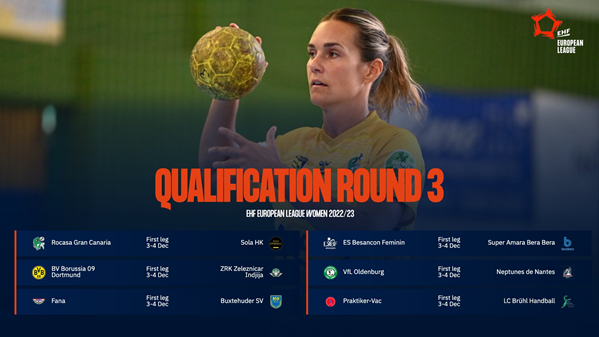 Next Article All 32 teams know their round 3 opponents