FTC are ready for their debut in the EHF European League 2022/23 group phase. The Hungarian side successfully navigated their way through two rounds of qualification.

When hearing FTC, many fans will think of women’s handball first. However, the men’s team of the Budapest-based club has returned to the European scene this season, too.

FTC easily defeated CS Minaur Baia Mare – 74:49 on aggregate – in qualification round 1 of the EHF European League but had to come back from behind in round 2 to see off another Romanian side, CSA Steaua Bucuresti: 66:64 on aggregate.

In the group phase, FTC have to prepare themselves for opponents like SG Flensburg-Handewitt and PAUC Handball, but can do so with a reinforced squad, including Zsolt Balogh and Máté Lékai as most notable newcomers.

Most important question: What’s next for FTC?

FTC wrote history against Steaua as they had never reached the group stage in any EHF club competition before. But what’s next?

Head coach István Pásztor says his team is not only here to learn and gather international experience.

“It’s an honour to play against big clubs like Flensburg or PAUC Handball, but our main goal is to go through to the Last 16. We got winnable and very though games, but we will run out to the court every match to fight for the win until the end,” Pásztor says.

“The players have been waiting for this opportunity for a long time. It is a great chance to prove their skills, because many of them are on the edge of the national team. We want to show who we are.”

The squad is a mixture of experienced veterans and talented youngsters. Centre back Máté Lékai and right back Zsolt Balogh have seen many great battles in their EHF Champions League careers at Telekom Veszprém HC and Pick Szeged, while the fresh energy comes mostly from left back Bence Nagy, the team’s current top scorer, and right back Máté Ónodi-Jánoskúti, who is out for the start of the group phase with a broken nose.

Scoring efficiently and playing at a high pace are parts of the tactics, as they have scored more than 30 goals in all EHF European League matches so far this season. 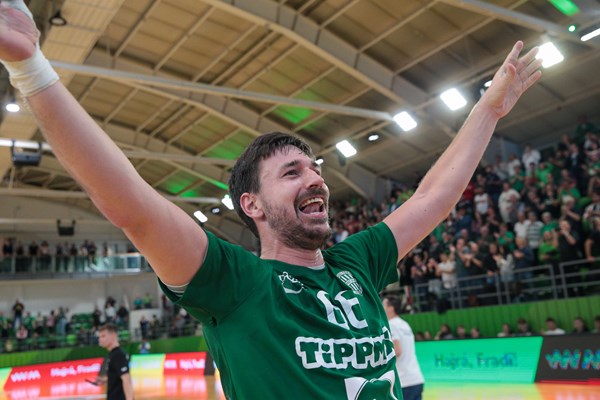 Under the spotlight: Máté Lékai

After eight seasons with Hungarian powerhouse Veszprém, where he played and lost three EHF Champions League finals, Lékai has joined FTC this summer, providing much needed experience and stability to FTC.

At the age of 34, the centre back wanted a new challenge – and he got one, as FTC surprisingly advanced to the group phase, handing Lékai an intense 12th straight European season in his career.

In the last couple of years, the green-white team of FTC mostly finished in the middle of the Hungarian league, and remained without surprises in the domestic cup.

However, 2021/22 was a breakthrough season with a fourth-place finish. And although Flensbrug and PAUC seem to be the favourites in this group, FTC could well be in the race for the two remaining Last 16 spots from group B.

Next Article 12 pairings confirmed for last step towards group phase

TALKING-POINTS: Where do we stand with three rounds to go in the EHF European League Women group phase?

OFFICIAL STATEMENT: The German club shall pay a fine of €10,000 for having displayed unauthorised advertising in the playing hall within the…