Who has shone in the first part of the season?

Six rounds and 48 games have been played already in the Machineseeker EHF Champions League 2022/23, yet no-one can tell which sides are going to progress from the group phase.

We have seen, so far, some incredible performances, both collectively and individually from the 16 teams playing the competition. And while Barça and Telekom Veszprém HC are the only teams that have not lost so far this season, there is much more to the EHF Champions League than just those bare statistics.

Ahead of the restart of the competition on Wednesday, we tried to compile for you which players and which teams have been dominant across the first six rounds.

It may already be official that Rasmus Lauge will leave Veszprém at the end of the season, but this prospect seems to have given the 31-year-old left back some extra motivation. With 44 goals scored already, Lauge is currently the second best scorer in the competition.

After turning 25 last summer, the Polish left back has finally turned into a grown man on the court. After being a substitute for a couple of years, he has now become a stalwart for the Polish side. And while he does not score 10 goals per game like some others in the Champions League, Sicko remains consistent, day in, day out. His 34 goals across the first six games only explain half of his importance for last season's finalists.

Do not believe what you might have heard. Ludovic Fabregas, despite having signed a contract with Veszprém for next season, remains fully committed to Barça. His defensive energy and his scoring abilities have been crucial in the Spanish side’s immaculate run so far. You can look as hard as you can, but we doubt you will find a more complete player than Fabregas in the Champions League. 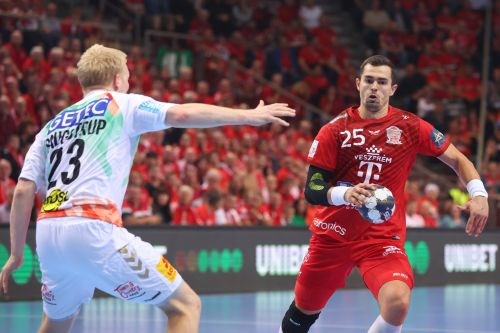 The Danish goalkeeper worked wonders for Nantes in the previous season, but it seems like moving down south has not changed anything for him. In the second round, he delivered a masterclass against Kielce in his first Champions League game in the Palau Blaugrana. Nielsen has remained on a high since then.

The 31-year-old Spanish goalkeeper has been crucial for Veszprem many times this season. Paris Saint-Germain, Dinamo Bucharest, Magdeburg – you could name quite a few games where Corrales helped the Hungarian side earn points. And if Veszprem are undefeated so far in the Champions League, they might owe one or two to Corrales.

The results might not be there yet for Zagreb, as the Croatian side have only won one game so far, but Dino Slavic has done his job. The Croatian goalkeeper has delivered outstanding performances and helped his team beat Porto in round 3 , with his 14 saves. If Zagreb are having a much better season than they had last season, Dino Slavic is the one they can thank. 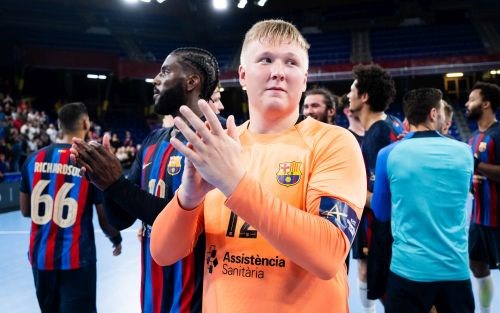 At 27, the Swedish goalkeeper is making his first steps in the Champions League this season. And the least we can say is that he is not impressed. For his first ever game in the competition, in Zagreb, he pulled out 16 saves. A few weeks later, he almost repeated the same performance against Veszprém and Porto.

The Dutch left-hander took a while to get his rhythm settled in the Champions League, but it seems like he is on the right track now. With eight goals against Porto and 10 in round 6 against GOG, Smits is bringing some counterweight to Gisli Kristjansson in Magdeburg’s offence. At 25, and after stunning everyone at the EHF EURO 2022, Kay Smits is still upping his game this season.

No-one quite knew what to expect when Jack Thurin joined Porto from Skövde last season. But it seems like the left-hander, playing his first season outside of Sweden, is not worrying that much. In a Portuguese side that is still to take their first point this season, Thurin has been one of the most reliable players, scoring 28 goals across the first six rounds.

At 36, Petar Nenadic now has more than a few Champions League seasons under his belt. But as the Serbian left back showed in GOG, when he scored the game winner in the last second, he still has the fire in him. He might be leaving Veszprém at the end of the season, but Petar Nenadic remains a player that counts in the Champions League.

After missing the end of last season with Paris Saint-Germain HB, Mikkel Hansen came back with a bang in Aalborg. With 42 goals scored in six games, including a season-high 12 in Szeged in round 4, the Danish left back with the headband continues to make an impact in the most important games, despite turning 35 last month.

Long time, no see, Andreas Palicka. After a three-season absence, the Swedish goalkeeper is back in the Champions League with Paris Saint-Germain. And it seems he is hungrier than ever. The pair he forms with Jannick Green has been strong as rock so far, which is one of the main reasons why PSG have only lost one game so far. 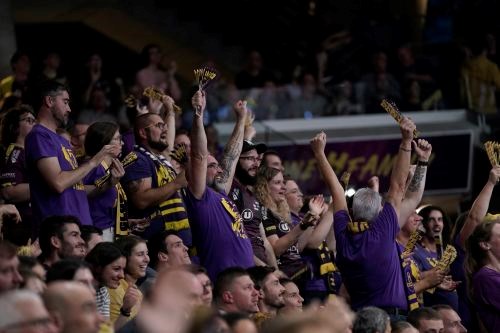 The Romanian handball fans have got the reputation of being some of the fiercest in the world, and we have witnessed that already this season. During their three home games, no matter if their team was winning or losing, Dinamo's fans have been chanting and encouraging in the most passionate way.

We might be kicking an open door there, but Kielce remains one of the places to be in European handball. Chants, yellow shirts, screaming and shouting are traditional in the Hala Legionow, and this season has been no different. Kielce remain undefeated at home this season, and judging by the support that Kielce receive, only the strongest teams will be able to beat them on home court.

Oh, H Arena, how we have missed you. Nantes is one of the best places in Europe to play handball, along with the likes of Veszprém, Kielce and Kiel. It is no wonder why so many top clubs have lost a game there, as the 5,000 spectators are all dedicated to the home team. This season, THW Kiel, Pick Szeged and Elverum Handball could not do anything against "the purple crew".

GOG were one of the most pleasant teams to watch playing last season, and the 2022/23 season is no different. Speed, running, fighting to win – the Danish side is putting everything on the court that you love to see. They might not have yet scored more than 200 goals, but Morten Olsen and his teammates have already made one hell of an impression.

With 224 goals, Barça are, by a distance, the best offence in the Champions League. "Like every year", we would be tempted to say, as the Spanish side have turned their ability to play everything at full-speed into a trademark. With Dika Mem and Aleix Gómez firing on all cylinders this season again, it will again be hard to stop Barça.

Nedim Remili, Alex Dujshebaev, Arkadiusz Moryto, Nicolas Tournat, Szymon Sicko. When your roster features so many offensive talents, it is almost obvious to find your team among the top three offences in the Champions League. So far, Talant Dujshebaev's boys have netted 40 goals against Nantes and Kiel – but expect them to do it some more in the near future.

Xavi Sabate is one mastermind of a coach, and he has the reputation of preparing his team very carefully. Given how Plock’s defence has been able to stop their opponents in the first six rounds, the coach has been doing an incredibly impressive job. With 176 goals conceded, Plock have the best defence in the Champions League after six rounds. And you know there is a reason behind that.

Only a few teams have displayed a better defence in the Champions League than Nantes this season. Of course, it helped that the French side have been backed by two of the most effective goalkeepers so far: Viktor Hallgrímsson and Ivan Pesic. And while the French system is relying much more on fast breaks this season, the reason it works is quite simple: Nantes have a very strong defence. They have only conceded 188 goals.

Next Article Sporting motivated ahead of Nexe clash